The ZMT-S29 Zanneck is a mobile suit featured in Mobile Suit Victory Gundam and piloted primarily by Fuala Griffon.

The Zanneck was a psycommu-enabled prototype unit by BESPA that was fielded near the end of the Zanscare War. The Zanneck's mega beam cannon can hit targets on Earth from high in the atmosphere, or across long distances in space. The blast from this beam cannon could only be deflected by the LM314V21 Victory 2 Gundam's mega beam shield or its wings of light.

To compensate for the mobile suit's low mobility when using its beam cannon, a large flight support system known as Zanneck Base was developed for its use. Since the Zanneck could attack without warning, the only way to detect it was through the sound of bells worn by Fuala Griffon that Newtypes like Uso Ewin and Shahkti Kareen could hear. The Zanneck's cockpit has two seats for a pilot and a gunner.

Mounted within the torso, the missiles fired were for long to mid-range bombardment.

The standard close range armament for most mobile suits. The beam saber is a small device held in the mobile suit's hands when operated and powered by a rechargeable energy capacitor. it emits a blade of plasma contained by an I-Field and can cut through most armor not treated with anti-beam coating. The Zanneck is equipped with two beam sabers.

The Zanneck is equipped with a pair of beam shield generators, one on each forearm. The beam shield blocks both beam and projectile weapons by generating a plane of energy similar to the blade of a beam saber. This plane is divided into multiple sections, which can be turned on or off as needed to conserve energy. Individual sections are also automatically deactivated whenever they're in danger of coming into contact with the mobile suit itself.

Zanneck has two C-shaped particle accelerators on its shoulders used primarily to power its mega beam cannon. These particle acceletators could also act as scattering particle beams, though they could only be aimed to the side of the ZMT-S29 Zanneck.

A mind-machine interface, it receives thoughtwaves emitted by Newtypes and translates them into computer commands. Using this interface, a Newtype pilot can direct remote weapons, and operate huge mobile armors, by thought alone. The bells worn by Fuala Griffon serve as medium that enhances her power.

The Zanneck was first deployed on June 8, UC 0153, when it began attacking BESPA's former European base at Largane. The Zanneck was destroyed near the war's end by Uso Ewin's V2 Gundam. 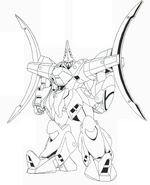 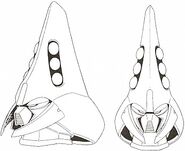 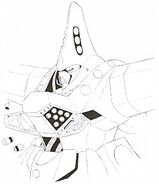 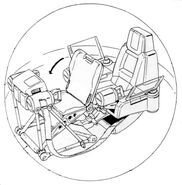 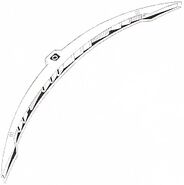 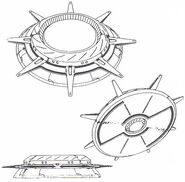 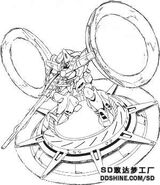 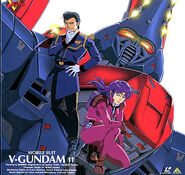 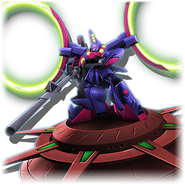 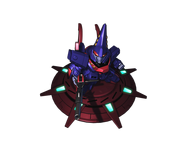 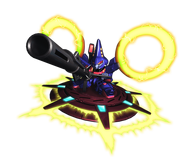 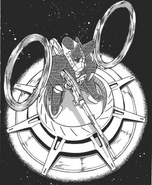 Retrieved from "https://gundam.fandom.com/wiki/ZMT-S29_Zanneck?oldid=456372"
Community content is available under CC-BY-SA unless otherwise noted.