The ZMT-S13G Godzorla is a mobile suit from the Mobile Suit Victory Gundam anime.

The ZMT-S13G Godzorla is an experimental machine designed as testbed for ground-use MS. Its most unusual feature is that its head does not follow the usual design employed by BESPA. Instead, its head sensors are built into a multi-segmented lens arrangement and are better at collecting data. Despite the Godzorla having better mobility and search capabilities than the ZMT-S12G Shokew, it was not selected for mass production. The Godzorla is armed with a pair of head-mounted vulcan guns, a pair of beam guns in its chest which can be removed and used as beam sabers, a pair of 9-tube multi-launchers built into its thighs, a beam rifle, and an improved beam rotor.

The Godzorla mounts 2 vulcan guns in its head. These small multi-barrel machine guns are ineffective against mobile suits' armor, but are highly effective against smaller and more lightly armored targets such as small land vehicles or missiles.

The beam rotor is a new technology developed by BESPA based on the beam shield. It emits several beam blades in the form of rotors that are then spun at high speed. This then generates a lifting phenomena similar to that created by Minovsky craft system, that when combined with the mobile suit's thrusters allows for improved flight. When the rotors are spinning they can be used to defend the mobile suit in a fashion similar to beam shield, or as a melee weapon to cut into the enemy. Mounted on the left arm, Godzorla's beam rotor has better efficiency and consume less energy with its use of three beam blade emitters instead of four like the ZMT-S12G Shokew and the ZM-S08G Zolo.

The Godzorla is equipped with a pair of beam guns in its chest, and they can be used in conjunction with the beam rifle for higher damage. The beam guns can be removed and function as beam sabers for melee combat.

Mounted on the side of each thighs, the multi-launchers are intended for anti-ground, anti-air purposes.

A standard hand carried ranged beam weapon is the beam rifle. Capable of firing concentrated mega particles, attacks from a beam rifle can damage any ordinary armor that has not been specially treated to resist it. One of the more effective methods of blocking a beam rifle is to use a beam shield.

In UC 0153, a single ZMT-S13G Godzorla was built at a Zanscare Empire military base in Europe and deployed for field testing. It was taken by an injured Gary Tan after he was informed of the death of Lyole Sabat and his squadron. Yellow Jackets commander Fuala Griffon allowed this action, understanding that Gary desired revenge, and believing it would fuel him to victory or at least provide the data they needed from the Godzorla.

As Gary flew in search of the League Militaire's base, Cronicle Asher, who had infiltrated the secret factory, fired a signal flare to alert the Godzorla of his position. The Godzorla than engaged the factory's ground defenses, which were inadequate against the mobile suit. It then fought against Uso Ewin and his LM312V04 Victory Gundam. The two mobile suits engaged in an aerial battle, first trading beam shots, then moving into melee combat with beam sabers. 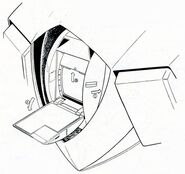 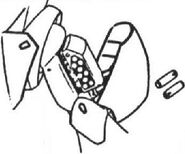 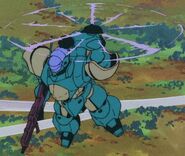 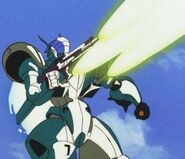 Retrieved from "https://gundam.fandom.com/wiki/ZMT-S13G_Godzorla?oldid=454195"
Community content is available under CC-BY-SA unless otherwise noted.