The last of BESPA's helicopter-like transforming mobile suits, the Domuttlia was developed as the successor of the ZM-S09G Tomliat. Overall flight performance was improved with the addition of extra aerial control surfaces and the relocation of the backpack-mounted thrusters into a large, flexible "tail" for added stability and maneuverability. In addition to standard mobile suit weapons, the Domuttlia was also armed with a pair of small beam blade generating pincers in its head that are known as "Shock Bite". The Domuttlia can also use the support vehicle Twinrad when needed. 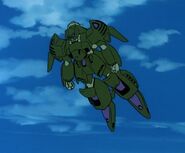 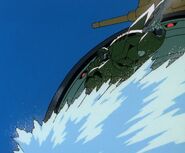 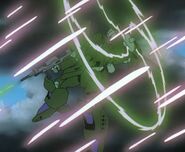 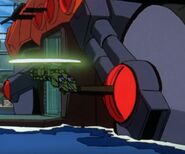