Based on the Strike Freedom Gundam, it is a powerful Gunpla customized through the use of a modified Noir Striker from Strike Noir Gundam.[1][2] With a huge Beam Sickle, and expandable Striker Scythes built into its backpack, it has a strong focus on sickle-shaped armament.[1][2]

A large scythe-shaped melee armament. Magee's maneuvering techniques allow him to throw the armament like a boomerang, and the wide range of attacks have reached a level where it exceeds the category of a close range weapon. The original intended usage of large scythes is to cut grass, and Magee uses the armament to mow the lawn near his Force Nest.[2]

With Seravee Gundam Scheherazade and Gundam Jiyan Altron vs. the Coalition's gunplas (Ep 24) 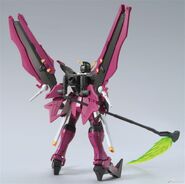 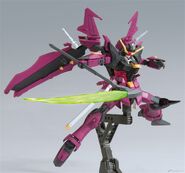 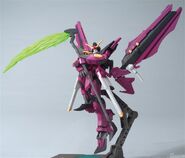 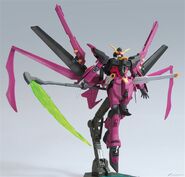 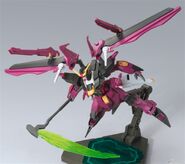 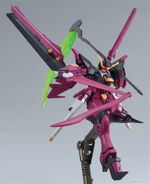 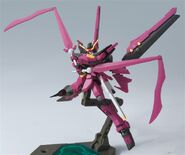