A weapon in the same category as the GINN and CGUE's Heavy Blade, it is made from a rare metal developed by PLANT and external technology (said to have originated from the Graveyard) is added to the forging process, resulting in a sharper blade. A highly skilled pilot can use it to cleave 3 GINNs in a row in two with a single slash. This katana-like blade can also easily slice through the ZAKU's armor.

A beam rifle with a short barrel that places an emphasis on maneuverability rather attack power or attack range. It is capable of rapid fire and can destroy enemy units in a single shot. Powered by an energy pack located at the rear end.

A hand-carried shield with anti-beam coating, it is the MS's primary defense.

A simple explosive final resort. It creates a sizable explosion, but does not do much damage to Variable Phase Shift Armor.

On October 3, C.E. 73, a group of ZAFT deserters loyal to Patrick Zala's ideals used several GINN High Maneuver Type II to install flare motors on a large piece of Junius Seven's wreckage in an effort to crash it onto Earth.[1] When ZAFT tried to break the massive wreckage apart using meteor breakers, the extremists used their GINN High Maneuver Type II to destroy the ZAFT's mobile suits, resulting in a fierce battle around the falling debris.[2]

Eventually, the LHM-BB01 Minerva and its mobile suits intervened and defeated the remaining members of the extremist group. Since the plan with the meteor breakers failed, the Minerva fired its positron blaster cannon on the remaining fragment and shattered it into hundreds of smaller pieces, which nevertheless caused massive damage to Earth. This incident was later called "Break the World" and used by Logos to ignite the Second Alliance-PLANT War. 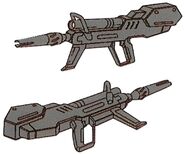 Close up (The End of the World, HD Remastered)

Rear (The End of the World, HD Remastered) 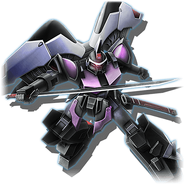 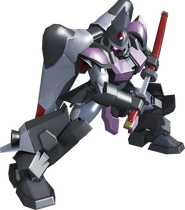