The ZGMF-1001/M Blaze ZAKU Phantom is a Mobile Suit in the series Gundam SEED Destiny.

The Blaze ZAKU Phantom is the ZGMF-1001 ZAKU Phantom equipped with the EX-M Blaze Wizard. As a result, the suit has higher mobility in space or on earth due to additional high output thrusters mounted in the Wizard pack. The wizard pack also adds two missile launchers containing large number of AGM138 "Firebee" guided missiles to the ZAKU Phantom's standard armaments.

Both shoulders of the Blaze ZAKU Phantom are equipped with shields, leaving its hands free to hold weapons. Large enough to protect the torso, each shield has an anti-beam coating and three spikes for use in melee combat. The shield's back has hardpoints for mounting two spare magazines for the beam assault rifle. It also stores the beam tomahawk, which slides out of a slot near the top of the shield when deployed, grip first.

The Blaze Wizard pack contains a pair of AGM138 "Firebee" missile launchers, each of which contains 14 missiles.

The M66 "Canus" short-range guided missile launcher is armed with 4 missiles, 2 externally mounted large missiles and 2 small missiles within the launcher. The large missiles are slow and therefore unsuitable for combat against nimble targets that can easily avoid them.

A custom white colored Blaze Zaku Phantoms is piloted by ZAFT red Rey Za Burrel, who belonged to the crew of the new battleship LHM-BB01 Minerva. When the ZAFT colony Armory One was attacked by the Earth Alliance's Phantom Pain special forces, Rey was thrown into the conflict when the Minerva pursued the special forces unit after it had stolen three Gundam prototypes. During the pursue, Rey fought several times against Neo Roanoke in his TS-MA4F Exus although none of them managed to damage the other.

When the Second Alliance-PLANT War broke out, the Minerva traveled across Earth's oceans to ZAFT's Gibraltar Base. During this time, the ship was attacked several times by Earth Alliance forces, as well as their new Orb Union allies. Rey and his Blaze ZAKU Phantom served as a stationary gun turret for the ship. Rey's suit was eventually critically damaged in a last battle against the joint EA/Orb forces near Crete. Afterwards, Rey switched to the newer and more powerful ZGMF-X666S Legend.

A custom colored orange Blaze ZAKU Phantom was used by ace Heine Westenfluss, who used his suit in the first space battle against the EA shortly after declaration of the second war. During this battle, Heine was able to destroy even ships with the weapons of his suit. He eventually switched to the newly developed ZGMF-X2000 GOUF Ignited, which was painted in the same orange scheme as his Blaze ZAKU Phantom.

Former ZGMF-1000/A1 Gunner ZAKU Warrior pilot Dearka Elsman piloted a custom black painted Blaze ZAKU Phantom during the last weeks of the war in battles against the EA forces defending the relay stations of the Requiem superweapon and the battle around the Mobile Space Fortress Messiah. During this battle, Dearka's suit was shot in the leg, although he survived without injuries.

The last known pilot of a Blaze ZAKU Phantom was the ZGMF-X88S Gaia Gundam's test pilot, Riika Sheder. She used her Blaze ZAKU Phantom after the Gaia was stolen to help Jess Rabble and Courtney Heironimus fight against several GAT-SO2R N Dagger Ns. Later, she used her suit to escort a shuttle carrying Edward Harrelson and Bernadette Leroux to the EA. As the shuttle was handed over to Morgan Chevalier and his TS-MA4F Exus, they came under attack by the ZGMF-YX21R Proto-Saviour. Ultimately, the Proto Saviour was driven away by Jean Carry. 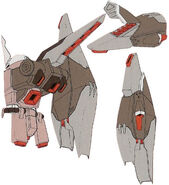 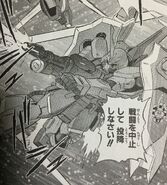 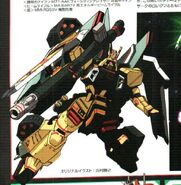 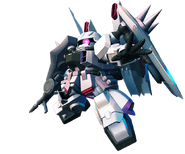 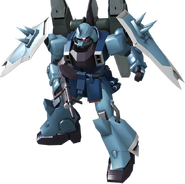 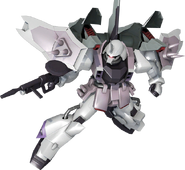 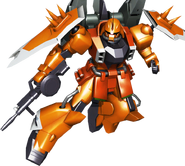 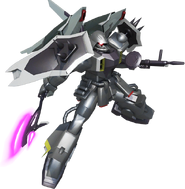 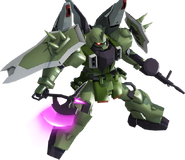 Retrieved from "https://gundam.fandom.com/wiki/ZGMF-1001/M_Blaze_ZAKU_Phantom?oldid=465228"
Community content is available under CC-BY-SA unless otherwise noted.