The ZGMF-1000 ZAKU Warrior is a Mobile Suit in the Cosmic Era universe.

As a mass production mobile suit, the ZAKU Warrior features a rather standard set or armament designed for both close combat and ranged battle. For close combat the suit features a single beam tomahawk which is stored inside its shield. For ranged combat, the suit usually uses a beam assault rifle, although it can optionally use other hand armaments like a bazooka or a recoilless rifle. The most unusual weapon of the ZAKU are four mobile suit sized hand grenades, of which the ZAKU carries different types. Oddly, the ZAKU lacks the CIWS guns that are standard equipment in most mobile suits of the era.

As with most other mass production mobile suits, the ZAKU Warrior is equipped with a weapon for close combat. While other suits usually use beam sabers, the ZAKU instead uses a single MA-M8 beam tomahawk. Thanks to its more aerodynamic form, the beam tomahawk can be thrown quite easily, granting it limited ranged combat abilities. When not in use, the tomahawk is stored inside a single physical shield, which is mounted on the left shoulder.

The primary ranged weapon of the ZAKU is an MMI-M633 beam assault rifle, which unlike most beam rifles does not draw power from the mobile suit's battery. Instead, the rifle has its own independent battery, stored in a replaceable clip (similar to the technology used in the Eurasian Federation's CAT1-X Hyperion series), with a pair of extra clips attached to a shield mounted on the ZAKU's left shoulder. When not in use, this weapon could be stored on the back waist point.

The M68 "Cattus" 500mm recoilless rifle is a standard GINN armament that is similar in design to a bazooka, though fires non-explosive rounds. The M68 "Cattus" 500mm recoilless rifle has greater range and firepower than the MMI-M8A3 76mm heavy assault machine gun but has less ammunition and a slower rate of fire. Typically the "Cattus" is reserved for larger more heavily armored targets such as battleships. Due to similarity between the GINN and ZAKU the "Cattus" can easily be used by the latter. This weapon would be used by pilots in aquatic combat, since beam weaponry is ineffective underwater.

The most significant feature of the production-model ZAKUs, however, is their ability to mount Wizard Packs to adapt to different roles. The EX-A1 Gunner Wizard adds the huge "Orthros" beam cannon for long-range fire support, the EX-M Blaze Wizard is a high-mobility backpack mounting extra thrusters and a pair of missile launchers, and the EX-K Slash Wizard adds a pair of "Hydra" Gatling beam cannons and a large double-bladed beam axe.

Besides these three main Wizard Packs, the ZAKU can also mount packs which were only produced in limited numbers, which, among others, grant the ZAKU series features for non-combat roles. One of the most unusual packs is the Hospital Pack, which is a large backpack for medical transport missions.

After the first Bloody Valentine War and the signing of the Treaty of Junius, a new generation of mobile suits was created by ZAFT to not only succeed its aging ZGMF-1017 GINN series, but to also cope with the technological and numerical restrictions placed on the superpowers as part of the treaty. The ZAKU series was chosen to be part of the "New Millennium Series" after defeating the ZGMF-XX09T DOM Trooper Original Spec Type and the initial GOUF Ignited design in a competition to be ZAFT's next generation mass production MS. This series, like its Earth Alliance counterparts of the GAT-02L2 Dagger L and GAT-04 Windam series, was able to mount Striker Pack-like Wizard Packs to adapt to different combat situations. The ZAKU Warrior itself is based upon the prototype ZGMF-X999A ZAKU Trial Type. Despite fielding many ZAKU Warriors until CE 74, older suits like GINNs and ZGMF-601R GuAIZ Rs were still widely used at that time.

When the Second Bloody Valentine War broke out between ZAFT and the EA, the ZAKU was used alongside the older models in most battles of the war. Due to its ability to mount Wizard Packs, ZAKU Warriors were nearly every time fielded with such a pack attached to it.

ZAFT policy allows for certain elite pilots to paint their ZAKUs in their own custom color schemes. Examples of this include Lunamaria Hawke's red ZGMF-1000/A1 Gunner ZAKU Warrior and the ZGMF-1001 ZAKU Phantoms of Rey Za Burrel, Yzak Joule, Heine Westenfluss, Dearka Elsman, and Riika Sheder, painted white, blue, orange, black, and purple, respectively. In addition, one ZAKU Warrior has been specially painted in a distinctive pink color scheme as the "Live Concert Version", for use as a stage prop in Meer Campbell's concert tour. 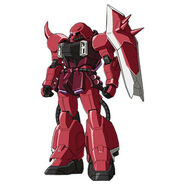 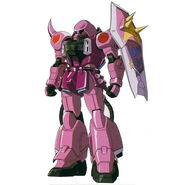 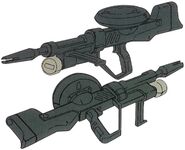 Retrieved from "https://gundam.fandom.com/wiki/ZGMF-1000_ZAKU_Warrior?oldid=241595"
Community content is available under CC-BY-SA unless otherwise noted.