One of the three most commonly used configuration of the ZGMF-1000 ZAKU Warrior, the back-mounted EX-M Blaze Wizard is equipped with additional high output thrusters, granting the Blaze ZAKU Warrior higher mobility in space and on earth. The Blaze wizard also adds two missile launchers containing a large number of AGM138 "Firebee" guided missiles to the ZAKU Warrior's standard armaments.

The back-mounted Blaze Wizard contains a pair of AGM138 "Firebee" missile launcher, each of which contains 14 missiles.

When ZAFT created the ZAKU series, it granted the ZAKU Warrior the ability to utilize the "Wizard System", a series of interchangeable armament packs to adapt to different combat situations. One such configuration is the Blaze ZAKU Warrior, which is also the most common used variant of this suit. This ZAKU configuration is fielded in large numbers both in space and on Earth during the Second Alliance-PLANT War.

On October 2, CE 73, when the Earth Alliance's Phantom Pain special forces unit attacked the ZAFT colony Armory One and stole three of the Second Stage Series Gundam prototypes, Athrun Zala and Cagalli Yula Athha were present at this colony for talks with PLANT Supreme Council chairman Gilbert Durandal. While the three stolen Gundams wreaked havoc, Athrun and Cagalli entered a ZAKU Warrior, which Athrun then piloted. He briefly fought against the three Gundams, until his suit lost one arm and Shinn Asuka in his ZGMF-X56S/β Sword Impulse Gundam intervened. Athrun then piloted the ZAKU into the hangar of the Minerva, where it remained during the Minerva's pursue of the Phantom Pain ship Girty Lue.

During the "Break the World" incident, when the remains of the destroyed colony Junius Seven were thrown on Earth, Athrun piloted the repaired ZAKU Warrior (now using a Blaze Wizard) against the rouge Coordinators who caused the colony drop. When the colony chunk entered Earth's atmosphere, Athrun was still on it and his suit was critically damaged. Athrun however was saved by Shinn in the Impulse.

Another elite ZAFT pilot who used a Blaze ZAKU Warrior was Shiho Hahnenfuss of the Joule squadron. Shiho and her suit also fought during the "Break the World" incident, during which Shiho spotted a single unknown mobile suit, which tried to break up the large piece while at the same time entering Earth's atmosphere. She eventually had to withdraw to prevent risking being pulled into the planet's gravity field.

Released from Descent Capsule (Blood in the Water, HD Remastered) 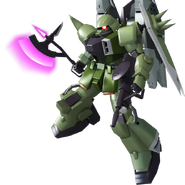 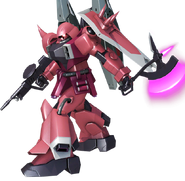 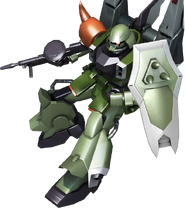