Yurina Sonohara(ユリナ・サノハラ) is a fictional character from the After War Gundam X anime.

Yurina Sonohara is a piano player for a small bar, as well as a member of a resistance group fighting against the New United Nations Earth in South East Asia. While playing at the bar she has a brief relationship with Roybea Loy, who has run away from the Freeden because he doesn't want to get involved in the conflict.

Yurina recognized Roybea as one of the pilots from the Freeden and had hoped to convince him to join the resistance force. Her feelings soon change as she starts to actually care for him, and decides that it is not right to make him fight for something he doesn't believe in. When she informs the others of this, the other resistance members converge on her house with a plan to force Roybea to join them or die. Yurina places herself between the groups leader, Tessa Tain, and convinces them to back down.

As the group were discussing what to do next, they came under attack by a strike force from the New United Nations Earth forces stationed close by. While attempting to sneak out of the back window, Yurina is shot by a New UNE sniper and fatally wounded. Roybea attempts to get her to safety only to have her die in his arms. 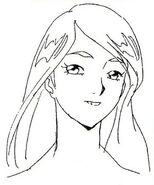 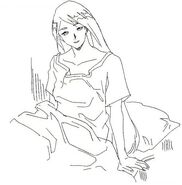 Retrieved from "https://gundam.fandom.com/wiki/Yurina_Sonohara?oldid=349863"
Community content is available under CC-BY-SA unless otherwise noted.