Based on technology stolen from the Earth Alliance, the Dreadnought was jointly developed by PLANT's three primary military design bureaus: Clarke, Asimov, and Heinlein.[1] It was a testbed for ZAFT's newly developed Neutron Jammer Canceller, which allowed the use of nuclear power under Neutron Jammer interference, making it the first mobile suit to be powered by a nuclear engine.[1][2][3] The Dreadnought's Neutron Jammer Canceller was installed in its head, unlike the later nuclear-powered mobile suits that were developed using its data.[2][4] Therefore, while its head was a custom made, Gundam type head, its body reused many parts from the ZGMF-600 GuAIZ to shorten its development time.[2] Additionally, several of its weapons were based on those used by the GuAIZ.[1][4]

Due to its prototype nature, the Dreadnought's Neutron Jammer Canceller has a greater effective range than later units.[2] Instead of being confined to the Dreadnought's nuclear engine, it also allowed nuclear reactions to occur nearby.[2] Taking advantage of the nuclear engine's high output, the Dreadnought was equipped with the Phase Shift armor and the new DRAGOON System, both of which consume massive amount of power.[1][4][5] In case the Neutron Jammer Canceller is missing or inoperable, the Dreadnought could still function using its internal battery, though it was unable to use the Phase Shift armor in this state.[4]

The DRAGOON System (Disconnected Rapid Armament Group Overlook Operation Network System) is similar in concept to the Wired Gunbarrels equipped by the Alliance's TS-MA2mod.00 Moebius Zero, but its remote weaponry are controlled wirelessly via quantum communication, which is immune to the Neutron Jammers' disruptive effects.[1][5][6] The power intensive nature of the DRAGOON System is attributed to the quantum communication.[2] Like the Wired Gunbarrels, the DRAGOON System can only be operated by pilots who have a high level of spatial awareness.[1][6] Initially, the Dreadnought's remote weaponry only consisted of two waisted-mounted XM1 "Pristis" Beam Reamers, it gained more remote weaponry when a large, X-shaped backpack armed with four DRAGOON units was later mounted onto the mobile suit.[2][7][8][9]

The word 'Dreadnought' means a fearless person, and officially, it was selected as the name of this mobile suit to convey the wish that it would be a fearless machine that protects the PLANTs.[1] However, at the development site, it was joked that the name refers to the mobile suit's pilot, who borne increased risk as the machine has a dangerous nuclear engine.[1] Despite this joke, the Dreadnought is said to be safe as sufficient protection is built-in.[10] With the X-shaped backpack, the Dreadnought is also called 'X Astray', but it is unrelated to the Astray series mobile suits.[3][4][8] The 'X' is a reference to the shape of its backpack, while 'Astray' is derived from the fact that although the Dreadnought was meant to be a weapon for killing, its pilot, Prayer Reverie, wanted to use it for saving lives instead.[8]

An improved model of the beam rifle used by GuAIZ.[1] This rifle also serve as the prototype of the Providence Gundam's MA-M221 "Judicium" beam rifle.[1]

A shield with a beam saber emitter built into its tip, it is developed from the GuAIZ's composite armed shield system.[1][2][11]

Mounted in the head, the four MMI-GAU2 "Picus" 76mm CIWS guns have a high rate of fire but low firepower. They are mainly used to shoot down incoming missiles and enemy units at close range.

Developed from the GuAIZ's extensional arrestors, a pair of them are mounted on the waist of the Dreadnought.[1][4] The beam reamers are devised to attack distant enemy and each unit is equipped with a hidden beam cannon at the tip.[1][7][11] Besides firing beams for ranged attacks, the beam cannon can also emit a blade blade for close combat.[2][7][11] Although the beam reamers are tethered to the suit by cables, they are actually wireless remote weaponry controlled through the DRAGOON System, and can be said to be prototype DRAGOON units.[1][2][3] The cables are to prevent the loss of the beam reamers in the unlikely event of a malfunction in the still-experimental system.[1][2][4] Since they are controlled through the DRAGOON System, the beam reamers can only be used by a pilot who has a high level of spatial awareness.[1][6]

Four DRAGOON units are equipped on the large, X-shaped backpack, and each unit is armed with 10 beam cannons.[2][3] The four DRAGOON units can also jointly generate a tetrahedral barrier from their tips, and this barrier is large enough to surround a mobile suit and can somehow disrupt the Hyperion Gundam's monophase lightwave shield.[9] While the DRAGOON units are controlled wirelessly through the DRAGOON System, they are still tethered through cables to the backpack so as to receive power for their Phase Shift armor.[2][3][4] The DRAGOON units can only be used by a pilot who has a high level of spatial awareness.[1][6] The DRAGOON units and backpack were developed based on Dreadnought's test data, but were left unbuilt until Andrew Waltfeld entrusted their blueprints to Junk Guild's Lowe Guele, who then manufactured them in the factory housed within Orb Union's space satellite, the Ame No Mihashira.[2][4][12][13] Andrew deemed these DRAGOON units to be more dangerous than the Dreadnought itself.[12]

As with the other five Gundams produced by ZAFT later, the Dreadnought is equipped with a Neutron Jammer Canceller, which counters the effects of the ubiquitous Neutron Jammers and allows these suits to be powered by nuclear reactors. This gives them almost limitless combat endurance, even with Phase Shift armor activated. Dreadnought and its variant is the only MS to have the NJC installed in the head.

Like the other Gundam units produced by ZAFT later, the Dreadnought is equipped with Phase Shift armor. Thanks to its N-Jammer Canceller and nuclear reactor, the PS armor is capable of being active for a lot longer than on non-nuclear powered suits.

The Dreadnought Gundam rolled out in February, C.E. 71.[14] It was test piloted by Courtney Heironimus and was dismantled after testing was completed. Siegel Clyne secretly arranged for the disassembled parts to be handed over to Prayer Reverie so that he could bring it to Earth to Reverend Malchio, who wanted to use its N-Jammer Canceller technology to end the energy crisis on Earth. However, Prayer's ship was attacked by Serpent Tail during the journey and the Dreadnought's head, which contained the N-Jammer Canceller, was stolen. After a series of events, the Dreadnought's parts were acquired and assembled by Lowe Guele and his companions, with the missing head replaced by a GuAIZ's head. Due to this change, the suit could not use its Phase Shift armor and was now battery powered. It was then piloted by Prayer in a failed attempt to stop an attack by ZAFT forces.

The Serpent Tail eventually returned the stolen head, and Lowe fitted it on the Dreadnought, which was immediately used to fend off an attack by the CAT1-X1/3 Hyperion Gundam Unit 1. Later, Lowe acquired the blueprints of the DRAGOON backpack from Andrew Waltfeld who was safeguarding the data on behalf of Siegel Clyne. Lowe subsequently built the backpack in the factory housed within Orb Union's space satellite, the Ame No Mihashira. The backpack was then attached onto the Dreadnought for the final battle with Hyperion Gundam Unit 1, and Lowe nicknamed this form as the "X Astray", which was derived from the backpack's shape and Prayer's wish to use the Dreadnought for saving lives instead of as a weapon for killing. In the end, the Hyperion was destroyed after an intense battle with the Dreadnought, but Prayer shielded Canard from the explosion using the mobile suit's body. Prayer then dies shortly thereafter due to flaws in the cloning process. 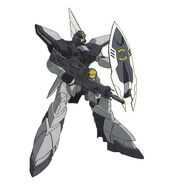 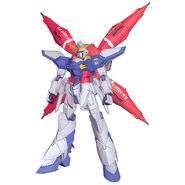 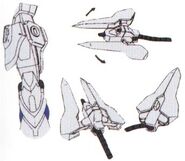 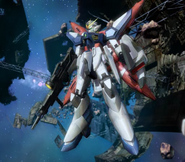 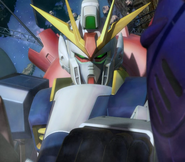 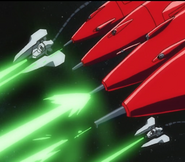 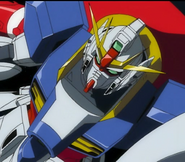 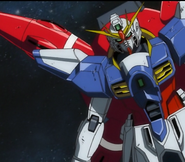 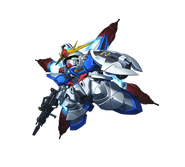 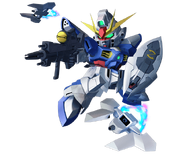 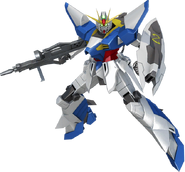 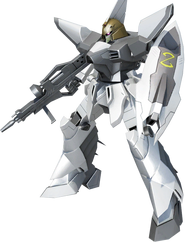 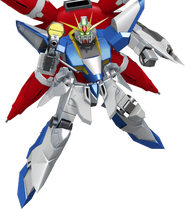