Do-ji's customization concept behind the Geara Ghirarga is of a Ghirarga "making a deal with the devil".[1] Geara Ghirarga's output is further increased from its powerful base machine, making it necessary to install blades with heat sink effects all over its body.[1][2] As well as improving its heat-radiating and heat-absorbing performance, these can also be used as fixed heat blades.[1][2] Do-ji originally wanted to name it with all kanji characters (which would be 煌・煌蒼牙) but he gave up since he could not write it properly.[1]

Mounted on the back of the waist, this unique armament can be removed and used as a handheld whip. It has more added joints than the base machine's Ghirarga Tail and its attack range has been expanded by three times.[1] Under influence of the Break Decal, the Geara Ghirarga is able to generate multiple Ghirarga Ghiratails.[3]

The same weapon as used by Yukio Hidaka's RGM-86RBM GM III Beam Master‎. Rotating the base that connects the two types of rifle barrels allow the weapon to switch between Beam Rifle and Beam Vulcan modes. The Beam Rifle mode fires powerful beams for long-range combat, while the Beam Vulcan mode fires pulse beams of moderate power for close-range combat. Do-ji received this weapon from Yukio in the Mirror Mission when he tried switching his fighting style to that of a support role.

Unofficial parts that illegally boosts a Gunpla's performance. It also granted the Geara Ghirarga the ability to self-regenerate dismembered parts, and generate multiple Ghirarga Ghiratails. The Geara Ghirarga's Beam Buster and its Heat Ghirablades (the clear blue parts) turned orange when the Break Decal was activated. However, the Break Decal also caused the Gunpla to be out of control when activated, ignoring Do-ji's commands.[3] Ironically, Do-ji's use of the illegal Break Decal mirrors that of his customization concept for the Gear Ghirarga - "selling one's soul to the devil".[1]

The Geara Ghirarga was built by Do-ji in response to his humiliating defeat at the hands of Riku Mikami. He eventually installed a Break Decal from Tsukasa Shiba on the Geara Ghirarga to prove his strength and get his brother's attention. During a Battle-Random mission, Do-ji's force, Hyakki, was pitted against Riku's force, Build Divers. Although Do-ji managed to hunt down Riku and his Gundam 00 Diver Ace for a rematch, he and his Geara Ghirarga were still defeated. Watching his brother Ogre battle Riku, Do-ji fell into despair and activated the Break Decal, causing the Geara Ghirarga to go berserk and attack Ogre and Riku on its own. The two then teamed up and shut down the Gunpla, but Ogre, angered by the turn of events forfeited the match.[3] 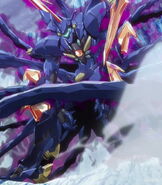 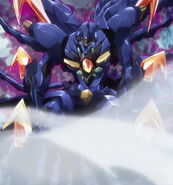 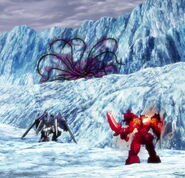 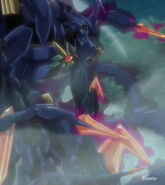 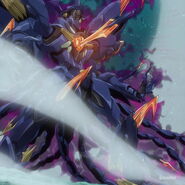 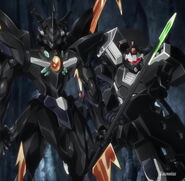 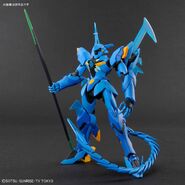 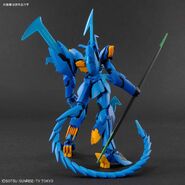 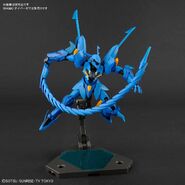