The Crossbone Gundam X-2 is a testbed mobile suit developed by the Earth Federation's Strategic Naval Research Institute (SNRI). It was featured in the manga series Mobile Suit Crossbone Gundam.

Unlike many mobile suits developed by the SNRI, which were designed for use around the Earth orbit, the F-97 is specifically designed to be used around Jupiter, whose strong gravity field would generate serious propulsion problems. For units operating on Earth and around Earth orbit, the problem of high mobility was solved putting numerous thrusters all over the mobile suit's body. However, under Jupiter's gravitational influence, this would require enlargement of the thrusters, leading to an increase of the mobile suit's size and mass. Moreover, in order to use the larger thrusters a larger and more powerful generator would be needed, adding to the general mass.

To solve this matter, Crossbone Gundam is equipped with long variable X-shaped thrusters, composed of four thrusters can be pointed at any direction: with the addition of AMBAC, the main thrusters allow high mobility around Jupiter's orbit, while combined into one huge rocket column they largely increased the unit's top speed, without increasing the size and mass of the mobile suit. Due to the fact that it was created to be used in Jupiter's orbit, when the F-97 is used on Earth it's more difficult for the pilot to control.

In order to increase the pilot survivability, the F-97 is equipped with a plug-in type core fighter, which the variable thrusters and the two standard beam sabers are attached to.

Though technically the Crossbone Gundams are general purpose mobile suits, they were designed with extra emphasis on their close range combat abilities. With their high mobility, the Crossbone Gundams easily outmaneuver most enemy mobile suits, allowing them to slip into close range and past the beam shield. Additionally, Crossbone Vanguard leader, Berah Ronah, sought to fight the war against the Jupiter Empire with as little loss of life as possible. With blades it is easier to take out a mobile suit without destroying the cockpit than it is with a beam rifle.

Another new feature utilized by the F-97 is the Anti-Beam Coating cloak, which can be stored in the back and unfolded when needed. When unfolded, it covered the entire body of the mobile suit, and dispersed beam energy over the cloak. It could usually withstand five standard beam shots without spending any energy, with the additional advantage of stealth. Other armaments included the standard beam sabers, daggers (underneath the feet), scissor anchors (mounted on front skirts, as hidden weapons) and two brand markers, which could either act as beam shields or a shorter beam saber. Like its predecessor F91 Gundam F91, its "mouth" could be opened as a vent.

Three units in total were made, and all of them were given by SNRI to the Crossbone Vanguard. In order to cover this secret dealing, they were assigned the codes XM-X1, XM-X2, and XM-X3.

The buster gun is the primary ranged weapon of the Crossbone Gundam. This beam pistol is modeled after a flintlock pistol and is typically used with only one of the mobile suit's hands, leaving the second hand free to use a melee weapon. Stored on the right side armor when not in use, the buster gun can combine with the beam zanber to form the zanbuster.

A long-range beam launcher that was a modified version of the F90II-L Gundam F90II Long Range Type's Long Rifle.

A close range weapon pioneered by the original Crossbone Vanguard during the Cosmo Babylon Wars, it is designed for combat in and around space colonies, where beam weapons would run the risk of triggering catastrophic reactor explosions in enemy mobile suits. Instead, the shot lancer uses electromagnetic acceleration to drive its tip through the enemy's armor, and the spearhead itself can also be launched like a missile.

The shot lancer used by the X-2 has four heavy machine guns.

As with other Crossbone Vanguard mobile suits used in the year UC 0133, the X-2 could be equipped with a cloth cloak that had been treated with an anti-beam coating. Functioning similar to the old physical shields that had received the same treatment, the cloak was used to protect the mobile suit from beam shots. With its size it could completely cover the mobile suit, with the exception of the head, providing full body protection. However, despite its advantages, one of which is conserving power, the cloak has two disadvantages. First, unlike a beam shield the cloak can only handle about 5 shots before the coating wears off, rendering the cloak to simple cloth. The second disadvantage is that the cloak offers no protection from physical weapons.

Thanks to Minovsky particle interference, warfare in the Universal Century era relies heavily on visual sensors, which can be tricked by inflatable decoys that mimic mobile suits, asteroids, and even warships. More sophisticated varieties are equipped with small maneuvering verniers, allowing them to move in a realistic manner and register on infra-red sensors. The dummy launchers mounted in the XM-X2's hands can deploy several dummies in the shape and color of the mobile suit. With these dummies, the Gundam can confuse an enemy long enough to get close to use its weapons.

Like its brother units, the X-2 can temporarily "Open Face" to release Heat and increase performance. This allows the X-2 to perform otherwise extremely demanding maneuvers or attacks that would normally be considered impossible.

XM-X2 was piloted by Zabine Chareux, who eventually defected to the Jupiter Empire. While Zabine's loyalty was tested by the Empire's Interogators, the Jupiter Empire held a gladiator fight between XM-X2 and recently captured Tobia. However, Tobia managed to defeat it by getting into the cockpit of the core fighter and used it to escape. To this end, the Jupiter Empire created a cockpit and X-shaped thrusters that were permanently attached to the mobile suit, as well as mounting additional thrusters, leading to the creation of the XM-X2ex Crossbone Gundam X-2 Kai. 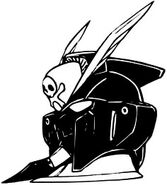 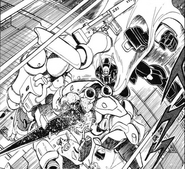 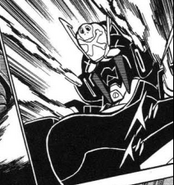 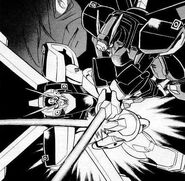 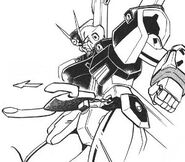 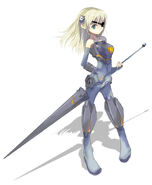 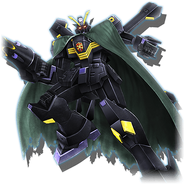 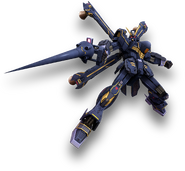 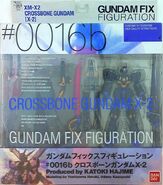 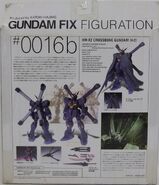 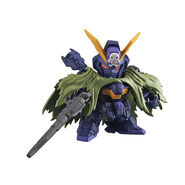