Following the death of his father and youngest brother Pastel, Witz left home to become a mobile suit pilot in order to earn money for his family. After impressing the leader of a group of Vultures with his abilities, the leader gave him the Gundam Airmaster as payment for his services. Using the Gundam he was able to accumulate a great deal of money in the form of solid gold bars.

Signing on as a member of the Freeden under the command of Jamil Neate, Witz took part in an attack on the Alternative Company to capture Tiffa Adill. After completing his contract, Witz left the Freeden only to return later to defend the ship against Shagia and Olba Frost in their Gundam Virsago and Gundam Ashtaron. After successfully repelling the two pilots and destroying the Alternative Company, Witz joins the crew of the Freeden after they save him from Zakott Dattonel and his mobile suit forces.

Staying with the crew through its many encounters, Witz finally meets his match when the crew of the Freeden aide the People's Republic of Estard defend themselves against the New United Nations Earth military. His Gundam Airmaster is heavily damaged and out classed by the new mobile suits being fielded by the New UNE. With the aide of Kid Salsamille and support from General Lee Jackson, Witz was able to re-enter battle with the Gundam Airmaster Burst. This newly upgraded and refitted version of the Gundam Airmaster allowed Witz to keep up with the new mobile suits and served as Witz main mobile suit till the end of the 8th Space War.

Following the 8th Space War, Witz travels with Toniya Malme, a fellow crew member of the Freeden, that he had fallen in love with and proposed marriage to. The two return to his home town following the war. 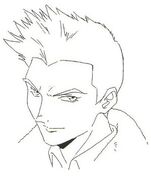 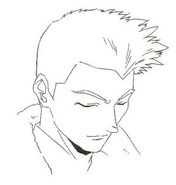