The Vosgulov-class is a submarine carrier deployed by ZAFT. It was introduced in the TV anime Mobile Suit Gundam SEED.

A large submarine carrier built by ZAFT for operation under the influence of N-Jammers. It has four dry tubes at the sides that can store and launch two underwater mobile suits (such as the UMF-4A GOOhN or UMF-5 ZnO) each, four smaller dry tubes at the rear for launching fighter aircrafts such as the Guul support crafts, and three vertical catapults at the middle for launching regular mobile suits such as the aerial AMF-101 DINN. However, the submarine has to surface to use the smaller dry tubes and vertical catapults. The submarine is also armed with 12 anti-air missile pods to attack enemy units above the water, and 12 torpedo tubes for underwater battle or for attacking from underwater.

These missile pods can be loaded with anti-air missiles and other missiles, such as the 5 meters long ground penetrating delayed fuze missiles designed to explode after penetrating underground facility's protection layer.

The Vosgulov-class submarine carrier is ZAFT's only naval combat vessel and gave the ZAFT forces based on Earth control of the seas. During the Earth Alliance ship Archangel's journey to JOSH-A, the EA HQ, one Vosgulov-class, the Cousteau, was the mothership of the Morassim Corps, and it attacked the EA ship several times before being destroyed. Another Vosgulov-class was assigned to the Zala Team as its base of operation during its pursuit of the Archangel. During ZAFT's Operation Spitbreak, many Vosgulov-class submarines were deployed from ZAFT's Carpentaria Base to Alaska for the assault on JOSH-A.

In C.E. 73, the Vosgulov-class Nyiragongo was assigned to escort the Minerva in its attack on Suez. The ship was eventually destroyed by the ZGMF-X31S Abyss Gundam, piloted by Phantom Pain member Auel Neider. During Operation Fury, ZAFT's invasion of the Orb Union, multiple ZGMF-2000 GOUF Igniteds were seen being launched from the vertical catapults of the flagship St. Helens. 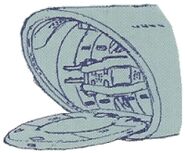 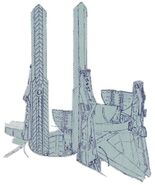 Launching a GOOhN from a dry tube 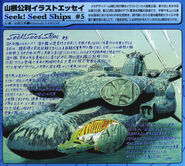 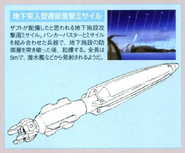