The Victory 3 Gundam is a mobile suit featured in the Pippin and Windows 95 game SD Gundam Wars.

The Victory 3 Gundam appears to be a direct descendant of the LM314V24 Victory 2 Assault Gundam based on its appearance. Its armaments consist of vulcan guns, a mega beam rifle, beam swords, beam shields and a pair of hip-mounted wired hyper funnels. 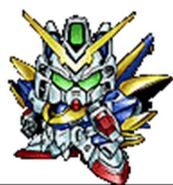 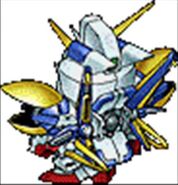 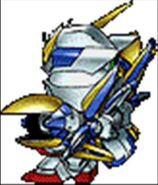 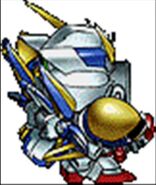 Retrieved from "https://gundam.fandom.com/wiki/Victory_3_Gundam?oldid=430153"
Community content is available under CC-BY-SA unless otherwise noted.