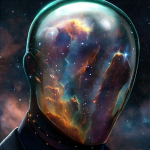 A little about me!

Hello there Spacenoid! I'm Dav7d2, but I also go by the name of "ChroniK" on some forums.

The Beginning of the Obsession

Mobile Suit Gundam 00 was the very first non-cartoon network/non-adultswim anime I watched online, the show itself was enough to make me pursue all things Gundam. I started watching this anime when I was a freshmen in highschool, I was a bored student who was rather lazy and did not want to do any school work. I began watching animes left and right (along with becoming attached to an MMO, AdventureQuest Worlds) and began to become tardy regularly during my online highschool courses. Eventually, because of my obsessive amount of time watching anime and playing AQWorlds, I dropped out of highschool because of bad grades and not caring about the direction my life was going. My mom was less then happy, but at the time, it was the only thing that made me happy, or so I thought.

Since I wasn't doing much during my days, I then came across the Gundam Wikia and spent most of my time contributing myself to the Gundam 00 articles. Along the way, I joined a couple of forums to search for more information about Gundam 00. Before long, I was scouring the internet for scans from magazine or resource books about anything Gundam and then uploading them to this Wikia. My editorial skills became recognized from the fellow editors and the admin himself. It wasn't long until I became an administrator myself and dedicated to better the over-all quality of the Gundam Wikia. Long, zealous hours, I spent, searching, and more searching across the internet for any and all Gundam info. Days and months were going by, my life was falling apart around me, yet I was so focused on contributing. I was an internet addict, I couldn't help myself. The internet had much to offer, life didn't. It was the easier choice at the time.

The Change of Plans (WIP)

Along the way of my internet travels, my mom started getting me to go to church. I grew up in a Christian household, and was use to the normal routine, I started going regularly. I begin to start feeling at home at my home church, City of Grace. I enjoyed what the pastor had to offer, tell and preach to the audience every Sunday. I made sure, that every Sunday, I was at church. No matter what. I wanted to do more in the church, but that didn't come 'till much later. After a while, things changed in the household, relations weren't what they use to be. Everyone had different views on which direction I should take and what I should do with my life.

"Some dreams are worth the fight. "

Retrieved from "https://gundam.fandom.com/wiki/User:Dav7d2?oldid=278853"
Community content is available under CC-BY-SA unless otherwise noted.