Due to chaotic living circumstances, I am on an indefinate hiatus and will be terminating e-mail updates on all changes not pertaining to my profile page. Someone else should read Gundam Sentinel and update some of the character pages, there were two that I have not been able to finish.

First of all in principle I hate giant robots. That said I have seen all of Gundam in its entirety, excluding SD Gundam. Right now I just finished watching A Wakening of the Trailblazer. Ah Sunrise... Gundam films suck. All of them. Not in every way, but overall. In my opinion the strongest Gundam seriesthat I have seen is After War Gundam X, has everything Gundam, but doesn't feel like Gundam, in a good way.

∀ Gundam was amazing. It kinda failed as a Gundam series and even as a giant robot anime... this endeared me to it. Purests may have hated it, but I think it was Tomino writing at it's best. Yeah I did like seeing a Gundam being used as a washing machine. Harry Ord also beats any masked character in any Gundam ever, hands down, after a rewatch, Roux Louka was good, but weaseled her way out of a lot of potential losses with womanly wiles. She still has a better win rate the Char Aznable.

Zeta Gundam was really good, but after watching it twice I think that ∀, X and possibly SEED were better. Z Gundam is definately the core of the UC, most of the action, political intrigue and general depth of plot, but it requires the original Gundam as background and I really didn't like the original that much. Now if only the compilation films didn't recycle animation from twenty years ago...

Gundam SEED was also a very strong series. I keep trying to compare it to Zeta (which many people do), but I find it difficult. They, while similar, are nonetheless entirely different. Honestly though, Zeta had a stronger ending. Not better, it sucked, but stronger. Zeta's end felt terrible, meaningless and hopeless. It made you wonder what the point of Kamille's life was. Depressing, just like any good mecha anime. SEED's was more, "Wait, it's over?".

Hence one could call me a hypocrite, or something to that effect. I blame it all on 1.) The sheer awsome that is Xenosaga (including Xenogears), 2.) The annoyingly strong plot elements in things like Gundam Wing and the amazing Zeta Gundam, 3.) Gainax super robot animes are amazing (except Diebuster which was really just a Gunbuster spoof), 4.) And most guilty of all - Super Robot Wars, making even the stupidest mecha shows ever something absolutely epic. I was lulled in by the campy scream random things and fire big lasers animations of SRW OG into beating it and basically it's sequel. One day, one day we may get an official release of SRW OGS (right now Nis America looks like the best bet for this) if not I will learn Japanese eventually. Thanks to wonderful people like Aeon Genesis we have SRW Alpha Gaiden and SRW 3 and someday maybe we'll get SRW 2, 4 and Alpha. The Sayonara Zetsubou Sensei manga vol. 6 had a list of things that work in the reverse of how they should. One was "Playing SRW -> Watching Mecha Anime". So true. As far as epicness and giant robots, I believe this expresses it in the most accurate and concise manner: http://www.youtube.com/watch?v=XYVdlKxt7Xw

That said I am a true sci-fi fan. Hence I love starships. This includes those of Gundam (and yes in terms of everything mechanical in Gundam Wing that wasn't a Mobile Suit was incredibly fail, that's what you get for not having Hajime Katoki!). 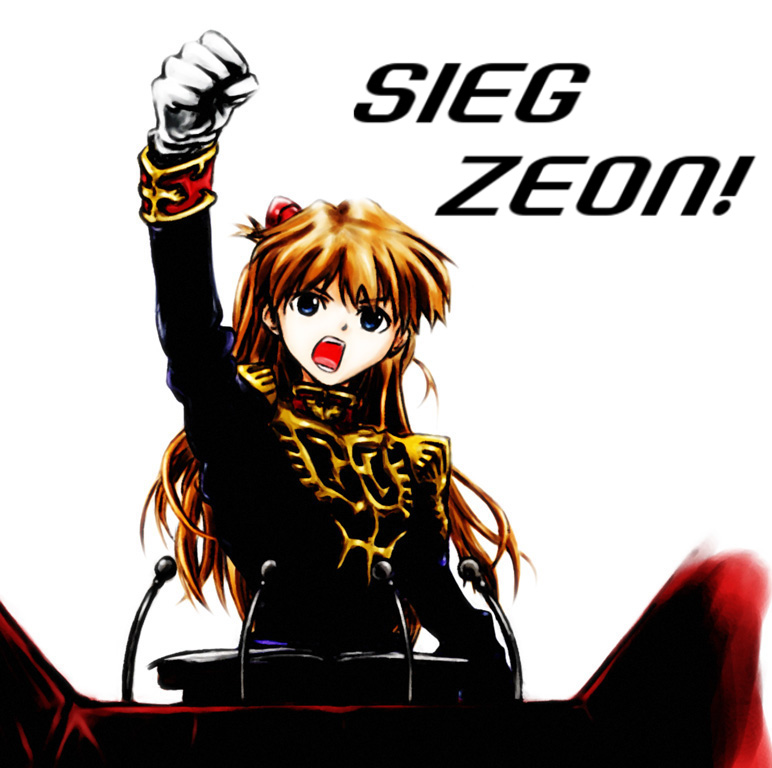 Retrieved from "https://gundam.fandom.com/wiki/User:Cerano_Agamemnon?oldid=306163"
Community content is available under CC-BY-SA unless otherwise noted.