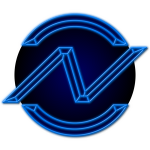 I am the person who loves the Gundam since I was a kid. However, since I already watch many Gundams, I decided to drawing my fanart Gundam by using the lineart from MAHQ and also, not only mobile weapons, I can creating my fanart Vehichle & Support Units, cockpit, power-plant, weapons, systems, factions and everything as well.

Even though I don't have time to drawing my fanart Gundam and edit the Gundam Wikia, I have sometimes to need an time to wait until it was an time and I am also attempt to know more about Gundam that neither Wikipedia or Mecha Anime Headquarters (MAHQ) could provide. Andy_LikeJapan96 10:19, January 28, 2016 (UTC)

If you want to see my fanon Gundam, please go to my Gundam Fanon Wiki of category page.

Organization of the Zodiac (O.Z.)

Main Article: Warships and spacecraft of the Cosmic Era

Retrieved from "https://gundam.fandom.com/wiki/User:AndyLikeJapan96?oldid=355947"
Community content is available under CC-BY-SA unless otherwise noted.