A member of the Crossbone Vanguard space pirates and veteran Federation pilot of the One Year War, Samon lived as a mercenary pilot ever since. Umon Samon is a self-proclaimed Newtype, and has been piloting mobile suits for nearly half a century. Samon's most famous exploit involved destroying six enemy MS-09R Rick Doms using a modified Ball mobile pod. 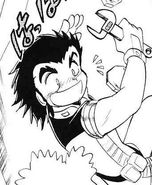 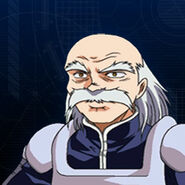 As seen in Mobile Suit Crossbone Gundam: Ghost.
Add a photo to this gallery
Retrieved from "https://gundam.fandom.com/wiki/Umon_Samon?oldid=456387"
Community content is available under CC-BY-SA unless otherwise noted.