A mobile suit customized for use by the Deep Space Survey and Development Organization (DSSD), it is jointly developed by the civilian organization, Junk Guild, and former engineers of the Morgenroete Inc. The Civilian Astray DSSD Custom is based on the MBF-P series of prototype Astrays as well as the MBF-M1A M1A Astray. The "UT" in its model number stands for "utility" and represents the multipurpose nature of the mobile suit, which is mainly deployed for work-use and for defensive battles. Its head contains specialized sensor unit and is protected from impacts with small space debris and meteoroids by a face guard visor. Additionally, the V-type antenna of the prototype Astrays and the M1A Astray is replaced by a simple, integrated antenna system.

The Civilian Astray DSSD Custom also has a unique hybrid of conventional and electromagnetic propulsion system, with one covering the weakness of the other. This hybrid propulsion system is designed to allow finer control of the machine for precision work in space and is less polluting. The electromagnetic propulsion system mounted at the center of the back also serve as the predecessor to the GSX-401FW Stargazer Gundam's "Voiture Lumiere" propulsion system. In terms of armament, it is equipped with a shield, a KMS71/J beam pistol and a laser torch, which also functions as a work tool. The Civilian Astray DSSD Custom is also available for use by other civilians and is one of the few high performance mobile suit that a Natural civilian can obtain easily.

A equipment mainly used for work purposes, it can also be used as a self-defense weapon. By elongating the beam's focus, the laser torch will become a weapon but doing this requires recognition code from DSSD equipment control center.

Designed by DSSD, this firearm has a unique variable output system and focuses more on rate of fire rather than effective range or power. However, one of its shot still can destroy a MS when it hits the suit's vital places.

A simple defensive armament mounted on the left arm or handheld, its sharp edges also allows it to be used as a weapon during close combat. The shield is constructed using special light-weight alloy and does not hamper the MS' mobility in space.

A high precision optical sensor unit developed to meet DSSD's needs. It is mounted in the head and protected by a visor.

When the DSSD Space Station came under an attack from a Phantom Pain squad trying to steal the AI unit of the GSX-401FW Stargazer Gundam, a large number of Civilian Astray DSSD Customs were fielded to defend the station. However, they fare poorly against the Phantom Pain's more powerful and advanced mobile suits, with many units being destroyed. Nevertheless, they are able to destroy the GAT-X103AP Verde Buster Gundam when it ran out of energy.

A custom unit painted in Leons Graves' personal colors. It uses an improved version of the KMS71/J Beam Pistol with greatly enhanced firing range and can function as a beam submachine gun during close combat. Its Laser Torch is likely a modified version that does not require the recognition code from DSSD equipment control center to function as a weapon.

Appearing in Mobile Suit Gundam SEED Destiny Astray R, it is a customized Civilian Astray operated by Gisem Abel, a member of the 'Red MS Fan Club'. It is fitted with replica parts of the MBF-P02 Gundam Astray Red Frame and the MBF-P03secondL Gundam Astray Blue Frame Second L, some of which Gisem built himself. Its appearance resembles the Red Frame but with the Blue Frame Second L's head and Tactical Arms. It also features two katanas instead of Red Frame's one. 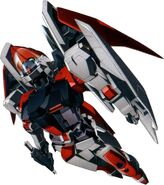 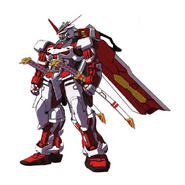 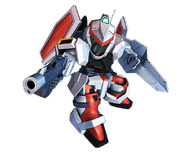 Retrieved from "https://gundam.fandom.com/wiki/UT-1D_Civilian_Astray_DSSD_Custom?oldid=447933"
Community content is available under CC-BY-SA unless otherwise noted.