Tatsuya Yuuki met him at a summer resort during summer vacation. His father is well known in the real estate business and his house has a 7-piece large scale battle system installed in the basement. He introduced Tatsuya to Gunpla Battle and taught him building and battle techniques. As a sign of friendship, he gave one set of his original Gunpla armament, the "Mercury Lev", to Tatsuya. He also built another Strike Gundam Gunpla and gave it to Kaira Koshina as a parting gift. Toru Satsuki is soon taken away by his parents and is seperated from his friends.

Toru built and piloted a variety of Strike Gundam variants. These include: 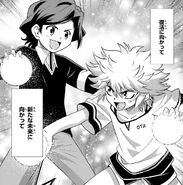 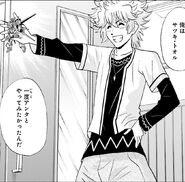 Retrieved from "https://gundam.fandom.com/wiki/Toru_Satsuki?oldid=444292"
Community content is available under CC-BY-SA unless otherwise noted.