Tolle is one of Kira Yamato’s friends who also lives on the neutral colony Heliopolis and the boyfriend of Miriallia Haw. When Heliopolis is attacked by ZAFT troops he and some other young people don’t find a safe shelter and thus are forced to flee on the streets where they see the battle between the GAT-X105 Strike and a ZGMF-1017 GINN of ZAFT. After the GINN is destroyed, Tolle and the others inspect the Strike and are forced to the Archangel by Murrue Ramius, where it is revealed that Kira is a Coordinator. Tolle is the first one to defend Kira when soldiers point their weapons at him. After the Archangel leaves Heliopolis Tolle and his friends decide to help the crew and Tolle becomes the navigator of the ship.

During the following events Tolle helps the Archangel crew as much as he can and also always holds to Kira. When the Archangel arrives in Orb on Earth, Tolle and his friends also meet with their parents. It is here that Tolle decides to become the pilot of a FX-550 Skygrasper. After the Archangel leaves Orb he has to show what he can when he helps Kira battle against the Gundams stolen by ZAFT. Although the first battle ends in a victory for the Archangel, the ship is attacked again and when Tolle tries to help Kira against the GAT-X303 Aegis, he is decapitated by the impact of the shield when Aegis' pilot Athrun Zala throws his shield against the Skygrasper, which destroys the unit. 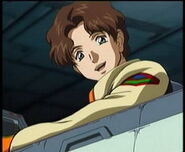 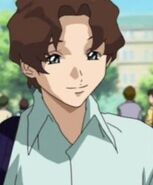 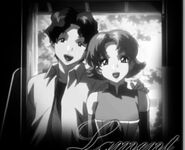 Tolle's death in the original version.

Tolle's death in both the Special Edition & HD Remastered versions.

Retrieved from "https://gundam.fandom.com/wiki/Tolle_Koenig?oldid=501134"
Community content is available under CC-BY-SA unless otherwise noted.