Togusa Ain (トグサ・アイン) is a fictional character from the After War Gundam X anime.

The captain of the Varona, he had doubt about allowing Garrod Ran to join Satelicon. His doubts were put aside as the asteroid base came under attack by Space Revolutionary Army forces under the command of Lancerow Dawell. While trying to defend the base from overwhelming SRA forces, Captain Togusa went down with his ship. 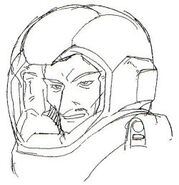 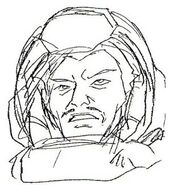 Retrieved from "https://gundam.fandom.com/wiki/Togusa_Ain?oldid=352701"
Community content is available under CC-BY-SA unless otherwise noted.