Ok, this is one serious problem. How can Gray Phantom "crashed on Earth" since it was destroyed by GP02A? Unless we have proof that Gray Phantom got blasted all the way from Konpei to Earth and clashed (which would be super awesome), lets just say we see similar ship in Gundam UC. Kuruni 02:34, December 16, 2011 (UTC)

Actually all we know is that the GP02 caused a nuclear explosion at the naval review, and we dont know where the Grey Phnatom was in relation to the explosion. so the blast could have just disabled the ship and sent it plummeting towards the earth.

Of course the ship in the Unicorn Pic could just be a look a like that got there in some equally interesting way.

okey but in MSG 83 we see 2 like grey phantom

There's only one Gray Phantom class, that was in 0080. It got damaged, then ended up at Konpei, pretty sure it got damaged again, then somehow wound up on Earth and abandoned during UnicornGaeaman788: admin on G-Wiki 14:02, March 27, 2012 (UTC)

This is my prof 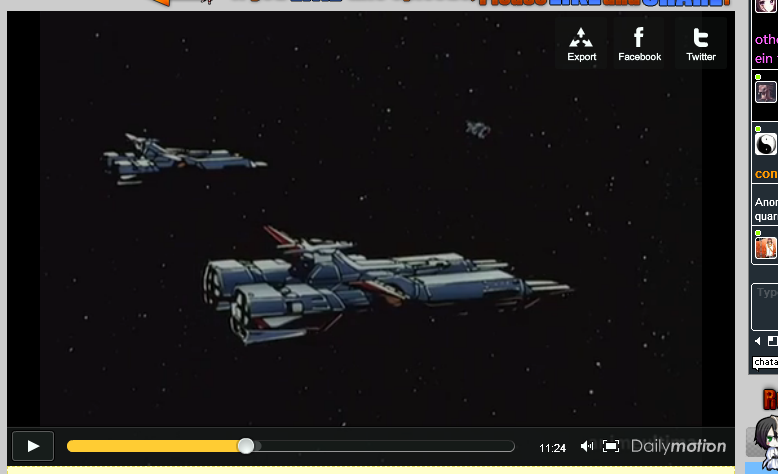 that also meant that albion is actualy Pegasus Kai

The Gray Phantom is not a class of ship, Gaeaman, it's the name for one of the Pegasus-class ships. However, there is conflicting information surrounding the actual number of Pegasus-class ships. For all intensive purposes the sister ship of the Gray Phantom is the Troy Horse (where as the sister ship of the Albion is the Stallion). Deackychu 14:45, March 27, 2012 (UTC)

Did they mention the name of the two ships in the anime? It was been several years since I watched it. I had forgotten about everything about it...Pronunciation 14:58, March 27, 2012 (UTC)

no thaey dont` say any name for that 2 ships

Lol forgot about the Pegasus class thing Zeonic -_- So in that pic are what I'm assuming are the Gray Phantom and Troy Horse? Which would mean that the Gray Phantom was either destroyed at Konpei or critically damaged. Or the Troy Horse was shot down on Earth and for some reason abandoned. Sbzzi the picture is waay to big for the page itself, it needs to be cut down so that it doesnt have all the ads and stuffGaeaman788: admin on G-Wiki 15:02, March 27, 2012 (UTC)

A horrible rendition of the Gundam 0080 manga shows a Gray Phantom lookalike labelled as the "Troy Horse". Therefore, the current theorry is that the Gray Phantom and Troy Horse were present for the naval review. However, we don't know that they were destroyed completely in the blast. The ship depicted on Earth in Gundam Unicorn is indeed the Gray Phantom as indicated in the screenplay notes for the episode. Deackychu 15:11, March 27, 2012 (UTC)

I know that Pegasus class is limited production warship bt can we write that in Grey Phantom page because we confirmed more then 1 ship Sbrzzi 17:42, March 27, 2012 (UTC)

Retrieved from "https://gundam.fandom.com/wiki/Talk:LMSD-76_Gray_Phantom?oldid=151593"
Community content is available under CC-BY-SA unless otherwise noted.