Guys, do we even keep this page? I mean seriously, 00 Gundam just gets an new extra gun and we have to give him an entirely new page? I say delete! What do you guys think?

I'm a bit conflicted on this one, but as much as I love the 00 Gundam and it's upgrades, I'm gonna have to say delete

This page was meant for deletion, but it wasn't and has been sitting around for a while too. I went as far as correcting most of the errors, but now its time to seriously either fix this page or delete it. Thanks for your efforts.

Guys I have put in an infobox and sorted out the archtype and some references, but as far as the article goes i think we should keep it just for the sake of clarity and as it is an offical variation of the 00 line but i agree that it needs a lot of cleaning up. Denbo786 13:31, August 2, 2010 (UTC)
Well, the difffernce between the normal 00 Seven sword and the Seven Sword/G is not only the addition of the GN Sword II Blaster, but it has 1 GN Drive and one Condenser. And, the unit number has changed, but if we're keeping it for the sake of the model number, then it needs a better photograph. I'm kinda leaning towards deleting it myself Gaeaman788 16:19, August 2, 2010 (UTC)

I'm conflicted as well. On one hand it seems fairly redudant especially considering that 007S doesnt see much light of day at all and is mostly the same in terms of equipment. At the same time, 007SG also served as the exclusive role as the "repaired 00 Gundam" in between S2 and the movie, which is sort of significant in terms of its weaker power levels and experimental nature. This is in contrast to the 007S which was meant to be used with 00G with a perfect Twin Drive.

If we do decide to keep it, I'm considering we move everything related to the "repaired 00 Gundam" here and remove them from 007S. But 007S page isnt that bad though and I'm just worried doing heavy editings and moving around would ruin 007S article and mess it up; while at the same time it doesnt mean everything here will be flowers and roses either.

The upside however, is that we would technically have an exclusive page for out "00 Gundam Repair" from the sidestories and can focus it and the "fallen" state of the revived 00 Gundam there, because the original 007S was meant to be a powerful theoretical concept with a completed TDS so we can leave it just as it was meant to be, "powerful". the problem is however that 007S doesnt have much of a story to tell alone so it leaving the whole thing there may be nice because we can have 007S with its entire usage history and glory, and even then it is not much.

So, it mostly comes down to this then. Do we elaborate on the non TDS 00 here (and its miserable state here and become our unofficial 00 Repair page), allowing the 007S page to be a powerful theoretical concept and leaving that page in that powerful legendary cpncept tone. Or do we leave the "fallen 00" stuff there making it a colorful page of the ups and downs of both "Seven Swords" while delting this one or leaving it as a ghost?

We may also keep "00 fallen" theme there while copying it here as our exclusive "repaired 00 focused page" although it will be failr redundant. I've not made decision personally yet and taking a wait and see approach. -SonicSP 03:43, August 3, 2010 (UTC)

This Gundam I Never See On Gundam OO Series?

Hey Everyone, I'm New Member on gundam Wikia, Gundam OO Seven Sword/G I Never see this models in anime Gundam OO Series? Are They Exclusive Game? I See on Gundam Extreme VS Full Boost as DLC?. Please reply Me.

It's baffle me how people insist to call it "OO" despite all official material clearly write "00". 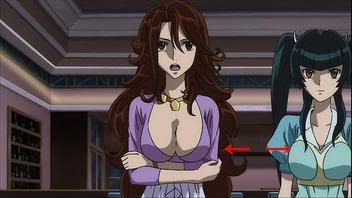 I'm not sure everyone knows that joke. I've never heard of it before, though it is rather funny.

I think some people prefer to spell it as OO because thats the phonetic pronouciation of the show and some people like spelling names on pronouciation. I can emphatize with that since I like to do it sometimes with some names. Sort of like how some people spell Qan[T] as Quanta, because it feels more natural to spell it by pronouciation even if it's technically incorrect spelling. -SuperSonicSP (talk) 11:45, February 15, 2016 (UTC)

Retrieved from "https://gundam.fandom.com/wiki/Talk:GN-0000GNHW/7SG_00_Gundam_Seven_Sword/G?oldid=315037"
Community content is available under CC-BY-SA unless otherwise noted.