Sthesia Awar (セシア・アウェア, Sthesia Awar?) is the secondary protagonist in the manga series of Gundam EXA and the arcade games of Mobile Suit Gundam: Extreme Vs. Full Boost. She is an artificial intelligence responsible for controlling the holo-actor navigator of every G-Diver on Jupiter X. She is the primary pilot of Extreme Gundam Type Sthesia Excellia.

It's revealed in volume 7 of Gundam EXA that she's the only human being remains on Jupiter X, with her physical body kept in suspended animation in its core.

She usually gives support to Leos but felt concerns for him. She develops a romantic relationship with Leos and cares for him. She created a female avatar disguise for Leos, much to his dismay and embarrassment before he dives into Correct Century universe.

She has high artificial intelligent skills and communications in the three-dimensional world without a body. Her piloting skills and overall performance were completely sloppy at first; for example, she tries to pilot Gundam Aesculapius in order to help Leos but accidentally knocked down some of Inglessa Militia's mobile suits. In chapter 20 of Gundam EXA VS, she trains herself with Pigna and Acht's guidance in MS simulation hoping to help Leos, but she ends up fainting after her training nearly completed. Her piloting skills are slowly getting better when she pilots Gundam, but lacks maneuvering when she was hit by Gouf's heat rod at Gundam's left leg section. Her overall piloting skills are later improved after she piloted her unit Extreme Gundam Type Sthesia Excellia, she was able to defend the Archangel from the enemy's attacks by creating a shield to block the enemy's attack and her aiming skills are better when she disarmed the enemy MS with a beam rifle. 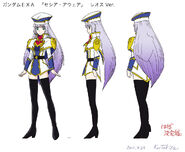 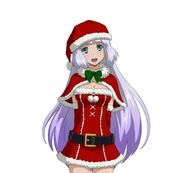 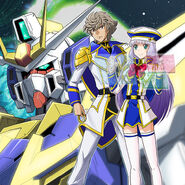 Retrieved from "https://gundam.fandom.com/wiki/Sthesia_Awar?oldid=437558"
Community content is available under CC-BY-SA unless otherwise noted.