The Space Revolutionary Army is the main force that fought against the United Nations Earth government during the 7th Space War, formed by the Colony of Cloud 9 and other space colonies as a way to defend themselves as they broke away from their control.

Using a large force of mobile suits that could out-maneuver the ones being developed by the United Nations Earth military, the SRA secured large areas of the Earth before falling into a year long stalemate. After a number of their missions and operations start to fail due to the fighting strength and natural resources of the UNE they put into action a plan to drop colonies onto the Earth, hoping that the threat will force the surrender of the UNE government. Not swayed by the threat, the UNE military deployed its latest mobile suits, called Gundams, onto the front lines. The deployment of the multiple Gundam units resulted in the Space Revolutionary Army to carry out its plans of a massive colony drop onto the Earth.[1]

With a large portion of the Earth's population destroyed, as well as contact severed following the destructive colony drop, the space colonies existed as their own independent entity. When the nuclear winter caused by the colony drop started to come to an end, the SRA sent a team down to investigate the Earth. The spies returned with information of the newly formed New United Nations Earth government, as well as a captured New UNE ship. Informed of possible invasion plans, the leader of the Space Revolutionary Army, Seidel Rasso planned to carry out an attack using the newly completed Colony Laser. His plans were thwarted by Garrod Ran in the Gundam Double X, as the large weapon is destroyed before it could be fired.

When the 8th Space War broke out, Seidel Rasso led the Space Revolutionary Army against the New United Nations Earth. But when he was killed in the final battle of the war, command of the Space Revolutionary Army fell on Lancerow Dawell. Lancerow along with the aide of others called for an end to the fighting, bringing an end to the 8th Space War and opening peace negotiations with the New United Nations Earth.[2] 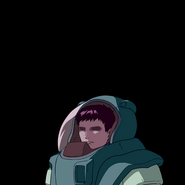 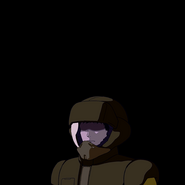