Sleggar was assigned to White Base as it was departing from Jaburo. He was an ace pilot and brilliant gunner, frequently spending his time operating either the G-Fighter or White Base's main gun. He had a strong, cheerful, flirtatious and brutally honest personality. He repeatedly hit on the female crew members such as Mirai and Sayla, but also tried to defend Mirai from what he thought as mistreatment from her fiance Cameron Bloom. He began a brief romance with Mirai which started during the battle of Solomon. However, Sleggar felt that Mirai was too wonderful and deserved better than someone like him, so he rejected further advancement. He gave her a ring that belonged to his mother before he headed out to battle.

During the subsequent battle, the MA-08 Big Zam piloted by Dozle Zabi appears, and with its overwhelming firepower, it destroys the Titan, the flagship of Commander Tianem, as well as many other ships and MS, while disabling long-range beam attacks against it with a I-field barrier. In order to stop the onslaught, he dares to make a suicide attack by getting close enough with the G-Armor to make the attack effective. However, Big Zam's claw hits the aircraft near the cockpit, and it is grabbed by Big Zam's legs, causing the front part of his G-Armor to be severely damaged and Sleggar is thrown into space to die in battle. His sacrifice draws the wrath of Amuro Ray, who separates the RX-78-2 Gundam from the wrecked G-Armor and fires a beam rifle at close range into the Big Zam's crotch vernier, then slashes it with a beam saber to destroy it.

In the strategy game "Gihren's Greed", if Sleggar survives the One Year War, he will resurface in the second half of the game as a member of the AEUG alongside his former White Base compatriots, wearing a Zeta Gundam-era pilot suit in blue (his personal color). In conversing with some of his teammates, he is considered to not have changed much from his carefree personality seven years ago. 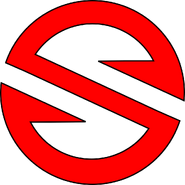