The Shuffle Alliance (シャッフル同盟, Shaffuru Dōmei?) is a faction that appears in Mobile Fighter G Gundam. Members are identified by a "Shuffle Crest" on their hands.

Throughout the past 4000 years of history, the mysterious secret organization known as the Shuffle Alliance watched over humanity from the shadows, intervening to steer the world away from destruction and enforce the codes of conduct that govern warfare. The original inheritors of this ancient tradition that appear during the 13th Gundam Fight confronted the former King of Heart (キング・オブ・ハート, King of Heart?) Master Asia, who had gone rogue with the Devil Gundam. The acting leader of the team is the chain-wielding Black Joker (ブラック・ジョーカー, Black Joker?), who is accompanied by the tactician Jack in Diamond (ジャック・イン・ダイヤ, Jack in Diamond?), the knife-hurling Queen the Spade (クイーン・ザ・スペード, Queen the Spade?), and the martial arts master Club Ace (クラブ・エース, Club Ace?). During their confrontation with Master Asia, they soon realized that their opponents were in fact their successors. In order to free them from the influence of DG Cells, they sacrifice themselves, along with their Gundams. 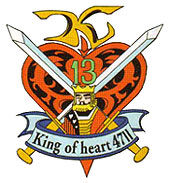 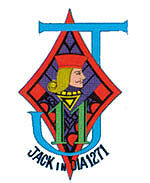 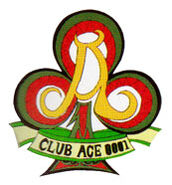 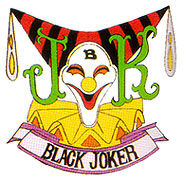