Though the first G Generation title was released in 1998, the roots of the series technically goes back to 1996 with the SD Gundam Generation series, when Bandai released a series of six games for their Super Famicom console add-on, the SuFami Turbo, each focusing on a particular era from the Gundam multiverse. A Generation focused on the One Year War, B Generation focused on the Gryps War, and so forth up to F Generation, which covered the plot of G Gundam. Instead of continuing the obvious progression and making a "G" Generation game themed around Gundam Wing, Bandai held on to the title. Since "G" was often used as an abbreviation for "Gundam", it was decided that G Generation would encompass a wider scope.

When it was finally released in 1998 for the Sony PlayStation, G Generation covered the plot for Mobile Suit Gundam through Char's Counterattack and featured characters from the remaining Universal Century series as well as G Gundam, Gundam Wing and Gundam X. 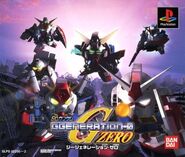 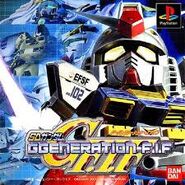 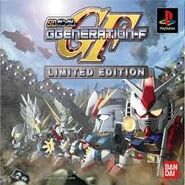