Rudolf is narcissistic and arrogant. Though admittedly handsome and a skilled pilot, he tends to view himself as the "hero" of his life's story, and as a hero, he believes that he cannot be defeated and prefers his fights to be one on one and out in the open, so that he will receive more recognition when he wins. Because of his arrogance, it is easy for him to get caught up in the moment and abandon his commander's battle plan, in favor of perusing his own goals.

A Coordinator from PLANT, assigned to the Republic of East Asia, he pilots a gold, white, and black custom painted ZGMF-2000 GOUF Ignited. 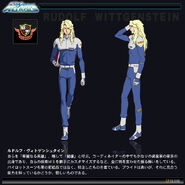 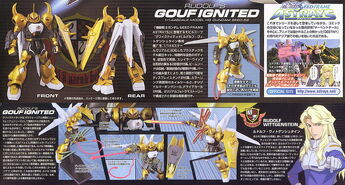 Rudolf's Gouf Ignited.
Add a photo to this gallery
Retrieved from "https://gundam.fandom.com/wiki/Rudolf_Wittgenstein?oldid=254480"
Community content is available under CC-BY-SA unless otherwise noted.