The Gundam Wiki
Register
Don't have an account?
Sign In
Advertisement
in: Universal Century, Series, OVAs and ONAs

1
Ring of Gundam (リング オブ ガンダム) is a 5-minute CGI short film written and directed by Yoshiyuki Tomino and the award-winning Robot anime studio to celebrate Gundam's 30th anniversary. It aired during the Gundam Big Expo Premiere event on August 21, 2009. The plot takes place in a distant-future of the Universal Century.

Based on an unused script written by Yoshiyuki Tomino, Ring of Gundam was created for the 30th anniversary of the Gundam franchise.

The story of Ring of Gundam takes place in a new era long after the events of the first Mobile Suit Gundam series’ One Year War. In this world setting, a giant 600-kilometer-wide ring now floats in lunar orbit. An Earth Federation Forces member named Eiji discovers an object called “Beauty Memory” buried in a high-altitude, massive rock bed on Earth. The keywords of the story are “Amuro’s memories.”

The full detail of its story or the setting is never revealed. What is included in the film is obviously just small parts of much bigger story, with some time-skip between the first scene and after title screen. 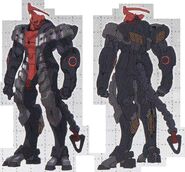 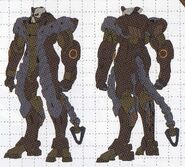