Lieutenant Ramba Ral (ランバ・ラル, Ranba Raru?) was a character in the classic anime TV series Mobile Suit Gundam. He is voiced by Masashi Hirose in the original Japanese version and John Payne in the English dub.

Ramba Ral joined the Zeon military in Universal Century 0064. He quickly made himself known as a great tactician, and a master of guerilla warfare. Ramba Ral first made a name for himself as an ace pilot in the Zeon mobile suit forces during the Battle of Loum where his impressive combat abilities and blue Zaku I earned him the nickname the Blue Giant (Aoki Kyosei青き巨星). Ramba Ral is also sometimes referred to as the "Great Blue Star" or the "Blue Nova".

Ramba Ral stayed in space for the majority of the One Year War, however after the death of Garma Zabi during the pursuit of the Federation assault carrier White Base Ramba Ral is assigned to lead a Special Pursuit Force and is sent down to Earth on a Zanzibar-class cruiser. Ramba Ral is ordered to avenge the death of Garma Zabi, and is given a new prototype ground-type mobile suit, the Gouf, to do the job with. Ramba Ral is accompanied to Earth by his lover, Crowley Hamon.

Soon after arriving on Earth, Ramba Ral decides to have a reconnaissance in force and attacks the White Base on an island in the North Pacific. Soon after gauging the attack strength of the warship and the RX-78-2 Gundam Ramba Ral retreats. The sheer power of Ramba Ral, and his Gouf, left the Gundam's pilot; Amuro Ray, terrified.

Traveling in a Gallop-class land battleship, Ramba Ral continued to harass the White Base as it journeyed across the vast deserts of Central Asia. During the second attack on the White Base, Ramba Ral's wing-mate Acous is killed, and other wing-mate Cozun is captured when his Zaku II is disabled. When Cozun escapes from White Base's brig he contacts Ramba Ral and Ral again attacks the White Base in his Gouf to conduct a rescue. However, Cozun is killed before he can safely escape and Ramba Ral's Gouf is disabled by the Gundam, forcing Ral to retreat.

Not soon afterwards Ramba Ral meets Amuro Ray in person while Amuro had deserted the White Base with the Gundam when Hamon notices Amuro in a cafe that Ral and his men attend. After recognizing Fraw Bow, who had followed Amuro, as a Federation soldier, Ramba Ral decides to release her and assigns his men to follow her back to the White Base. When Ramba Ral's forces pinpoint White Base's location they launch a surprise attack. Amuro sees the Zeon mobilizing to launch their attack and he decides to come back with the Gundam for rescue. Amuro attacks Ramba Ral's Gouf and the two slash each other's cockpits open, causing the two of them to realize that they had just met each other in the cafe. Amuro is able to destroy the Gouf, but Ramba Ral is able to escape by leaping out of the gash in the cockpit hatch and swinging out of the way of the explosion on a grappling hook he had attached to the Gundam's arm.

Following his defeat, Ramba Ral is contacted by Dozle Zabi and told to contact M'Quve to receive support. However M'Quve refuses to supply Ramba Ral with the new Dom mobile suits he was instructed to give him. Realizing he is alone, Ramba decides that it is his duty as a soldier to do whatever he can to carry out his mission. While the Gallop and a Zaku II distract the White Base's mobile suits Ramba Ral and several of his soldiers attack the White Base in close-quarter hand-to-hand combat and successfully invade the ship. On board the ship Ramba Ral finds Sayla Mass and immediately recognizes her as Artesia Zum Deikun. He tells her that he was a servant of her father. As Ramba Ral lets his guard down by talking he is shot by Ryu Jose, whom he also wounded. Wounded, Ramba Ral retreats into the White Base's secondary bridge and locks himself in. Captain Bright orders Amuro to destroy the secondary bridge, and Amuro tears a hole in the wall. Realizing he is trapped, Ramba Ral arms a grenade and leaps out of the hole, exploding in the Gundam's hand.

Ramba Ral was killed in action on the 05th of November, Universal Century 0079.

Ramba Ral was an excellent example of how tragic war could be, as well as how infighting among Zeon factions proved to be an even more crippling handicap than the Gundam's superior fighting ability. Had M'Quve handed the new Doms to him, there is a good chance Ral could have put up a great fight against the White Base and the Gundam. This is evidenced by the damage Ral was able to inflict on the Gundam, despite the Gouf being inferior to it.

Ral was essentially a soldier who did his job, even though he knew his chances of surviving, let alone succeeding, were next to none. Sayla's memories of him were apparently happy ones, and his death hit both her and Amuro hard.

His attitude is almost reminiscent of the German World War Two commander Erwin Rommel, since he used tactics that were similarly used by the "Desert Fox". 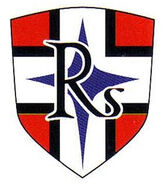 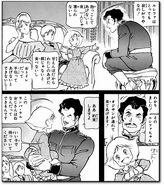 Add a photo to this gallery
Retrieved from "https://gundam.fandom.com/wiki/Ramba_Ral?oldid=262388"
Community content is available under CC-BY-SA unless otherwise noted.