The RX-9/C Narrative Gundam C-Packs is a mobile suit appearing in Mobile Suit Gundam Narrative and is piloted by Jona Basta.

The C-Packs was the third optional equipment for the RX-9 Narrative Gundam and is embellished with Psycho-Frame as additional armor. It is said that no such equipment plan originally existed for the MS, resulting in minimal conversions being hastily applied to the MS. Despite its unusual origin, the MS did achieve its concept to have an increased amount of Psycho-Frame, proving the high extensibility of the Narrative Gundam. This configuration of the MS is also called the "Psycho Package" and the Psycho-Frame used to create it was independently collected by Luio & Co.

A pair of vulcan guns are located in the head.

A pair of beam sabers are stored on the back of the MS much like other Gundam type MS.

A weapon hastily put together using the RGM-89 Jegan's beam rifle which has a sight unit on top of the rifle's body and adopts a vertical E-Pac.

A shield with Psycho-Frame applied to the front. A beam cannon and four missiles are attached on the back. The shield can also be mounted on the MS' backpack.

The RX-9 Narrative Gundam was deployed in the Phoenix Hunt operation and the two optional armaments, the high mobility A-packs, and B-packs with wire-guided assault units were prepared for it. The MS confronted the RX-0 Unicorn Gundam 03 Phenex with each of the armaments but failed to capture it, and both armaments were destroyed in the process. After the battle at Metis, the operation was suspended and it was decided that the Narrative Gundam was to be released from the Damascus. This was when the C-Packs was attached to the MS. Clad in forbidden Psycho-Frame, the Narrative Gundam C-Packs headed to its final battle at the Helium-3 storage base, fighting against the NZ-999 II Neo Zeong alongside the Phenex. During the battle, the MS' Psycho-Frame glows in a blue hue after receiving Psycho Waves from the Phenex. As the battle progressed, the Narrative Gundam C-Pack received more damages from the II Neo Zeong, and in a final rush to free the captured Phenex, the Gundam lost its head and left leg, with only its torso intact. Jona then ejected the Narrative's Core Fighter, and later from the Core Fighter itself so as to reach the Phenex. The Core Fighter was destroyed soon after Jona ejected from it. 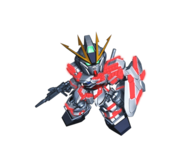 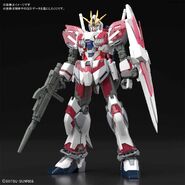 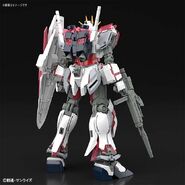 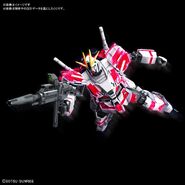 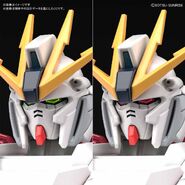 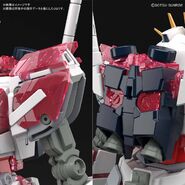 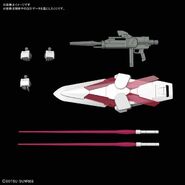 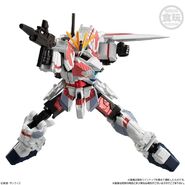 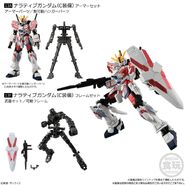 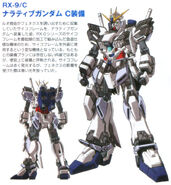