The RX-9/B Narrative Gundam B-Packs is a mobile suit appearing in Mobile Suit Gundam Narrative and is piloted by Jona Basta.

The Narrative Gundam equipped with a backpack containing a pair of wire-guided assault units. The wire-guided assault units are connected to the backpack via cables and are controlled through them. However, once the Narrative's NT-D System activates, the assaults units function as wireless remote weaponry. A small shield with built-in missiles are also mounted on both arms. The B-Packs has few beam weaponry as it is designed for combat inside space colony.

The Newtype Destroyer (or NT-D) System is an anti-Newtype system developed by the Earth Federation and originally used on the RX-0 series. The system works by using the Psychoframe built into the mobile suit's body to seek out Newtype brainwaves. Should one be found, the NT-D System activates, improving the mobile suit's overall stats and allowing it to hijack enemy's Newtype weaponry. However, the system has a number of flaw, among them the fact that it doesn't discriminate against real Newtypes and Cyber-Newtypes. Ironically, because of the massive stress it caused to the pilot, a Newtype is the best user for the system. Perhaps the greatest flaw is its automatic response. The NT-D activates automatically when a Newtype opponent is detected. Once active, it will attack, even against the pilot's wishes. Thankfully, those with strong will can overpower the system and determine when it can activate.

The Narrative Gundam B-Packs was deployed alongside the Shezarr Unit after tracking the RX-0 Unicorn Gundam 03 Phenex to the Side 6's Metis colony, where they unexpectedly encountered a secret Republic of Zeon team that were masquerading as the Neo Zeon remnants, the Sleeves. The Narrative Gundam B-Packs then fought the enemy's MSN-06S-2 Sinanju Stein, whose pilot, Zoltan Akkanen, caused multiple damages to the colony during the fight.

Luckily Jona's rage subsided thanks to Rita's remaining presence in the Phenex, and the Narrative Gundam undocked from the II Neo Zeong. The Republic of Zeon team retreated once they regained control of the II Neo Zeong. In the aftermath of the event, the amount of damage caused to the colony became a public relations nightmare for the Earth Federation Forces, which decided against further deployment of the Narrative Gundam. However, the combat situation later required it to be deployed as the RX-9/C Narrative Gundam C-Packs. 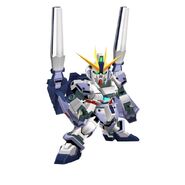 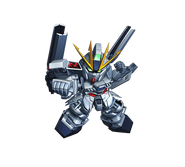 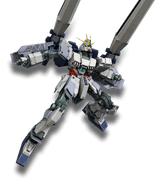 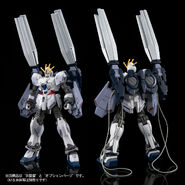 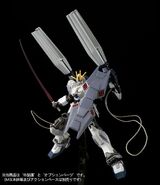 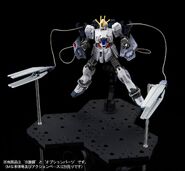 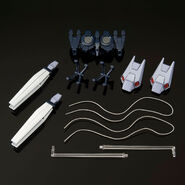 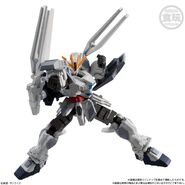 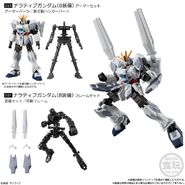