The RX-9/A Narrative Gundam A-Packs is a mobile suit appearing in the Mobile Suit Gundam Narrative and is piloted by Jona Basta.

The RX-9/A Narrative Gundam A-Packs is a state where the RX-9 Narrative Gundam is equipped with high mobility optional armaments. The optional units are attached mainly around the legs, and with the various boosters concentrated to point towards the back of the MS, it is able to gain acceleration nearly equal to the RX-0 Unicorn Gundam 03 Phenex. Its armaments are also unique, having both melee weapons and firearms, such as the Large Beam Sabers, 5-tube Medium Missile Pods, High Mega Cannon, as well as a special combined armament known as the Psycho-Capture. The Psycho-Capture is a special armament used to capture the Phenex by interfering with the Mobile Suit's Psycho Waves and immobilizing it in a field created by the armament. The Narrative Gundam equipped with the A-Packs was deployed in the "Phoenix Hunt" operation to capture the Phenex.

A powerful beam cannon built into the center of the front waist armor.

There are three 5-Tube Missile Pods capable of firing medium-sized missiles on the left and right sides, resulting in a total of six pods. The pods on both sides can rotate and are sequentially fired from the pods on the top. Their hatches are purged when fired.

The most iconic feature of the A-Packs, this special armament is specifically designed to capture the Phenex. When in use, its two capture units move to the tip and open into claws to create a capture field, a special octahedral field that traps the Phenex by interfering with its psycho waves, immobilizing it. The armament is quite similar to the YAMS-132 Rozen Zulu's Psycho Jammer, which was used to incapacitate the Unicorn Gundam by trapping it in an octahedral Psycho-Field. The capture units can also deflect the Phenex's Psycho-Fields by generating small barriers from the claws.

Large Beam Sabers can be formed from the tips of the Psycho-Capture. They each have their own generators and are capable of firing beams as well. 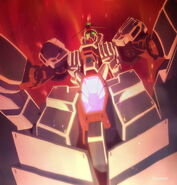 After the battle against Phenex 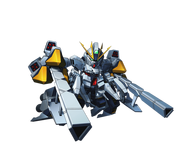 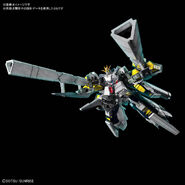 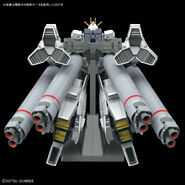 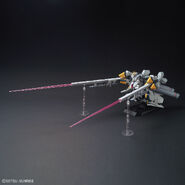 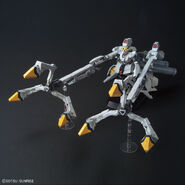 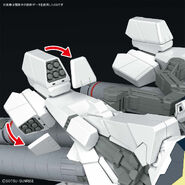