The RX-78XX Gundam Pixy (ガンダムピクシー) is a prototype close-quarters combat mobile suit and is part of the RX-78 Gundam Series. It was featured in the video game Mobile Suit Gundam: Cross Dimension 0079, and was designed by Kunio Okawara. It is piloted by Bork Cry.

A variant of RX-78 series, the Gundam Pixy was a high performance close-combat ground force mobile suit created by the Earth Federation Forces for use by their ace pilots during Operation Odessa. The Gundam Pixy was significantly lighter than its RX-78 brethren, due to the lack of the core block system, and as a consequence is faster and more agile. It also possessed enhanced apogee motors which allowed it to achieve burst thrust exceeding that of the RX-78-2. However, it is relatively lightly armed, with head vulcan guns, a conventional shell-firing submachine gun and a pair of small beam daggers.

As this unit was designed with an emphasis on melee combat, it is equipped with proprietary beam dagger as its primary close combat weapons. The beam daggers can be used as throwing weapons, and are stored on the side skirt armor when not in use.

A mobile suit-use submachine gun. It does not require energy to be used, however it is ineffective against heavy armor. When the magazine is empty, it can be discarded and replaced with a new one carried on the side of each forearm. When required, the Pixy can use another 90mm Submachine Gun for increased firepower.

The bullpup machine gun was a system weapon developed as a Space/Ground dual-use projectile weapon. Though compact, it has sufficient anti-MS firepower while maintaining accuracy. Its muzzle velocity is increased due to the use of new gunpowder and this enables it to easily penetrate the armor of Zeon's mobile suit. A box-like sensor system incorporating a video camera and laser sensor is installed at the top, and when this system is used alongside the Pixy's targeting system, target acquisition capability is enhanced.

A special coating with unknown capabilities.

Three Gundam Pixy units were known to have been constructed, with Unit 1 being sent to Belfast, Unit 3 assigned to Africa, and Unit 2 being stored at the Albatross Base in the Gobi Desert in preparation to be transferred to the Pegasus-class assault carrier White Base for use at Odessa.

When Principality of Zeon forces in the area commenced Operation Desert Dragon and attacked Albatross Base. the Gundam Pixy was commandeered by Captain Bork Cry of the Albatross transportation team to fight off the legions of Zeon mobile suits. The ultimate fate of the Gundam Pixy is uncertain. The unit may have been destroyed on the night of October 19, U.C. 0079, engaged in a fierce battle against Captain Henry Boone, leader of Zeon's Wolf Gar Team, piloting his MS-08TX Efreet, and the rest of the Wolf Gar Team, which had successfully infiltrated Albatros Base. Major Nacht Gaddish, commander of the Albatros Base, fled in a Medea, abandoning Bork and the Gundam Pixy. In the end only one thing is certain: the Gundam Pixy never arrived on the White Base as planned.

In November, U.C. 0079, Doris Brand from Slave Wraith somehow obtained a Gundam Pixy and gave it to team member Fred Reber, nicknamed Ripper. It is unclear whether this Pixy is the Unit 2 repaired or an illegally obtained Unit 1. Its first mission was to attack a Zeon base on the coast of Dover Sea to clear the way for the Bhatan, the flagship of General Revil. Here Ripper encountered the Pixy's old nemesis - the Efreet, whose pilot is the instructor of Zeon Corps Marchosias. However before the duel is settled, Slave Wraith's Medea assault bombed the Zeon Base and the whole group retreated. 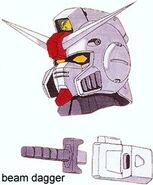 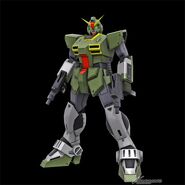 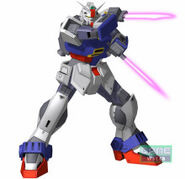 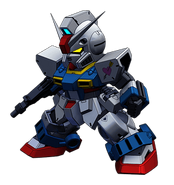 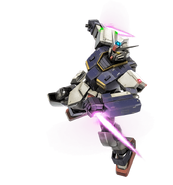 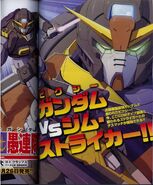 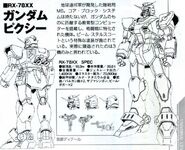 Retrieved from "https://gundam.fandom.com/wiki/RX-78XX_Gundam_Pixy?oldid=456962"
Community content is available under CC-BY-SA unless otherwise noted.