The RX-78AN-01 Gundam AN-01 "Tristan" is a mobile suit from the Mobile Suit Gundam Twilight Axis light novel and its ONA adaptation.

The unit is based on the RX-78NT-1 Gundam "Alex", which was a Newtype-use mobile suit. It is made up of junk parts from various other mobile suits, including Gundam-type units; the head, backpack, chest, waist, and sole thrusters however are brand new. The combination of old and new parts was made possible by Buch Junk Inc.'s technology. How the Alex was obtained, however, and details of Tristan's development as well as its manufacturer remain undisclosed. 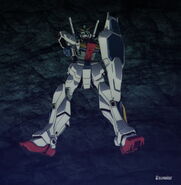 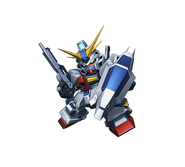 Retrieved from "https://gundam.fandom.com/wiki/RX-78AN-01_Gundam_AN-01_%22Tristan%22?oldid=459620"
Community content is available under CC-BY-SA unless otherwise noted.