The RX-124 Gundam TR-6 [Woundwort] is the last TR series mobile suit produced by the Titans Test Team. The unit appears in the Advance of Zeta: The Flag of Titans manga.

The RX-124 TR-6 was developed as a compilation of the TR series mobile suits. As with the RX-121 Gundam TR-1 [Hazel], the base Woundwort mobile suit can be enhanced with a wide variety of optional parts, and these parts are designed to display maximum performance in any environment. It can theoretically achieve higher performance than any existing machine by swapping parts.

The TR-6 is essentially a set of components attached to a drum frame that serves as the central unit of its transformation mechanisms. The mobile armor form's aerodynamic characteristics are poor, and special option parts are required for atmospheric flight, so this form is mainly for use in space. Its nose section is a booster pod with atmospheric entry capabilities. Its torso section is extremely small, and its thigh sections are relatively large because its generators are housed in the thighs and booster pod.

The booster pod of the TR-6 is based on the movable booster pod used by the Hazel, and it includes coolant gas emitters that allow the TR-6 to perform atmospheric entry. This booster pod can be replaced by other types, including an EWAC radome and a "double shield" type similar to the multi-connector pod of the RX-121-2A Gundam TR-1 [Advanced Hazel]. This double shield version lacks coolant gas emitters, but it includes a mega particle cannon and two shield latches that can hold composite shield boosters.

Mounted in the head, the pair of shell firing weapons have a high rate of fire but little power and can't damage the armor of a mobile suit, though they can damage lightly armored areas such as the sensors. They are ideal for shooting down small, lightly armored targets such as missiles, attack vehicles, etc.

Weaponry attached to the Composite Shield Booster. The claw contains a beam emitter that can be connected to a long rifle barrel. It features Heat Blades on both sides of the barrel.

A folding sub-arm unit attached to the waist section.

The main armament of the Woundwort. A multi-functional shield that can be used as both a long beam rifle and a claw for melee combat. It also includes a targeting sensor and an I-field Generator and can function as a winch unit. The winch unit can operate as a Mobile Bit.

An I-Field Generator attached to the Composite Shield Booster. It is capable of bending any beam, and thus defends against beam weapons.

Only a few of these unique machines were produced, however, the exact number remains unknown. One unit was confirmed to have been destroyed by Titans Test Team member Eliard Hunter at some point during the Gryps Conflict. 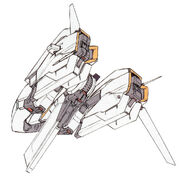 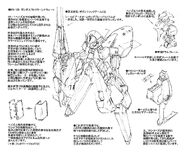 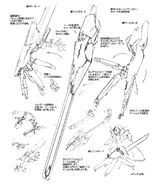 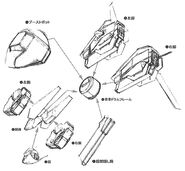 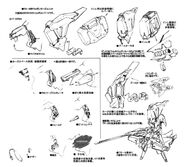 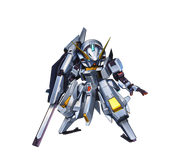 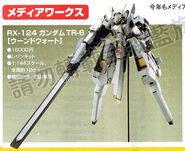 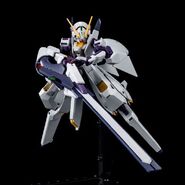 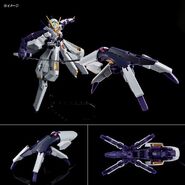 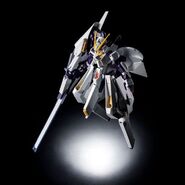