The RMS-179 GM II (aka RGM-79R GM II) is a mass-production general-purpose mobile suit first featured in the anime series Mobile Suit Zeta Gundam. Its design was later updated for the novel and OVA Mobile Suit Gundam Unicorn. GM II units with the designation RGM-79R are original GM units that have been upgraded, while those with the designation RMS-179 are completely new mobile suits. Known pilots include Jack Bayard and Clark.

The GM II represented little in the way of technological innovation. Its performance was only slightly better than the original GM, featuring slight improvements in power output, acceleration, and sensor range. The GM II also has improvements in armament as it is usually equipped with a beam rifle which is a more powerful weapon with greater range than the GM's beam spray gun. One truly new piece of technology featured in the GM II is the 360-degrees panoramic cockpit first used in the RMS-106 Hizack, a mobile suit that has similar performance as the GM II.

These shell firing weapons have high rate of fire but little power and can't damage the armor of a mobile suit, though they can damage lightly armored areas such as the sensors. They are ideal for shooting down small, lightly armored targets such as missiles, attack vehicles, etc.

The standard close range armament for most mobile suits, it is a small device held in the mobile suit's hands when operated and is powered by a rechargeable energy capacitor. The beam saber emits a blade of plasma contained by an I-Field and can cut through most armor not treated with anti-beam coating. Like the GM, the GM II has one beam saber stored on its backpack, but features an improved blade generator unit.

The standard ranged armament of many mobile suits is the beam rifle. The particle beam fired from a beam rifle can penetrate almost any armor not treated with specific counter-measures. The GM II is usually equipped with a beam rifle that has a power rating of 1.9 MW and powered by a rechargeable energy cap.

Technically a large rocket launcher, it fires 360mm missiles to attack targets at long range. No mass-production MS's armor can stop this weapon, but it has a slow rate of fire and a fairly little amount of ammunition.

The 90mm GM rifle is one of several ranged armaments that the Earth Federation regularly equipped their GM mobile suits with. Because the GM Rifle is a simple shell-firing machine gun, it has no where near the power of a beam rifle, but can be cheaply produced and easily maintained. It features different barrel, sensor unit, stock and magazine configurations that allows for different ballistic and handling properties. The ammunition is stored in spare magazines that can be replaced when they are used up.

As with its human-sized counterpart, the bazooka fires physical rounds at a high velocity that do significant damage on impact. Although it does not have the same penetrative power as a beam rifle, the bazooka does more extensive damage and is easily capable of destroying a mobile suit in one shot or break through the armor of a battleship. This is the same model as used by the RGM-89 Jegan.

The same weapon as used by the Zeon's MS-06 Zaku II, it can switch between semi-automatic and automatic fire. Although useless against Gundarium Alloy, it can still destroy weaker armor material with multiple shots. It was used by the "fake Gundam team" on a gold painted GM II pretending to be the MSN-00100 Hyaku Shiki while taking a civilian shuttle as hostage.

Designed with amphibious combat in mind, this weapon launches harpoons to pierce the armor of enemy mobile suits and can also be used on land. It was first used by the RAG-79 Aqua GM.

A weapon that uses electromagnetic forces, rather than gunpowder, to fire solid projectiles at very high velocities. Manufactured by Yashima Heavy Industries. This equipment was developed in consideration of the problems that the early beam weapons had decreased power due to attenuation in the atmosphere, and the basic structure is diverted from a battleship's main gun. It was first used by the RGM-79F Land Combat Type GM.

While this shell-firing weapon has a similar appearance as the 180mm Cannon used by the RX-79［G］ Gundam Ground Type, there are some clear differences in its design and caliber size that set the two weapons apart.

A basic defense armament for many Federation mobile suits. The shield is a thick sheet of armor designed to take severe punishment that would normally destroy a mobile suit, and is treated with an anti-beam coating to withstand several beam shots before the coating wears off. Typically, physical shields can only take so much damage before they succumb to the pressure and break.

The GM II can also use the same forearm-mounted shield as the Gundam Ground Type and GM Ground Type. Mount latch and joint/pivot mount position retracted for protection or extended for slashing or punching attacks. Can be thrust into the ground and used as an elevated weapon firing position.

An update to the Earth Federation Forces' original mass production mobile suit, the RGM-79 GM, the RMS-179/RGM-79R GM II went into service in the early UC 0080s, replacing the older GM as the mainstay mobile suit. It was commonly used during the early days of the Gryps Conflict in UC 0087 by both the Earth Federation Forces and the upstart Anti-Earth Union Group (AEUG). However during the conflict, both sides continually fielded newer mobile suits that possessed greater performance and new technology, like the MSA-003 Nemo and the RMS-108 Marasai. GM II is also one of the main mobile suits used by the Republic of Zeon along with the Hizack before and during the Gryps Conflict as featured in Ecole Du Ciel.

Only the AEUG would completely replace the GM II as a mainstay mobile suit with their Nemo which was based off the GM II. The Earth Federation Forces produced many new mobile suits but most never made it past the prototype/limited production stage due to high cost, while those that did make it to mass production were never produced in enough numbers to completely replace the GM II. It is also possible that some units, such as the RMS-108 Marasai, were discontinued due to their association with the Titans.

Eventually, after the Gryps Conflict and during the First Neo Zeon War, the Earth Federation Forces and the AEUG would both use a new mainstay mobile suit, the RGM-86R GM III a descendant of the GM II that featured vast improvements over other Federation mass-produced mobile suits. In UC 0096, many GM II units were deployed alongside the Nemo and GM III to combat the Zeon remnant forces during their assault of Dakar and Torrington Base. Some of these GM II were equipped with a Harpoon Gun or a Bazooka. However the outdated GM II performed poorly against the Zeon remnant mobile suits.

Illustration by by Takigawa 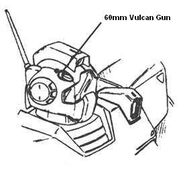 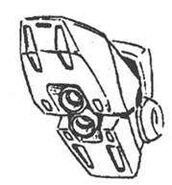 GM IIs (A.E.U.G. colors) as seen on Advance of Zeta: The Flag of Titans graphic novel

Retrieved from "https://gundam.fandom.com/wiki/RMS-179_GM_II?oldid=438943"
Community content is available under CC-BY-SA unless otherwise noted.