The RMS-019 Crouda is a Mobile Suit in the series After War Gundam X.

Superior to previous Space Revolutionary Army Mobile Suits, the RMS-019 Crouda is an agile suit with a powerful armor that can even survive a direct hit from a standard beam rifle. The Crouda is armed with two head mounted vulcan guns and two beam rifles, which are a fairly standard armament. It however features a special weapon in form of two back-mounted beam cutters. These knife like weapons are strong enough to cut a mobile suit in half or even cut into the hull of a ship, making the beam cutter a powerful weapon at close combat.

Despite its strength, the Crouda has one fatal design flaw: it features a chest mounted exhaust port, which, if hit by a direct shot, would cause a chain reaction which would destroy the whole suit. This flaw was discovered by Gundam Double X pilot Garrod Ran.

After the catastrophic end of the 7th Space War, the SRA needed several years to reach its former military strength. During this time its military developed the Crouda which soon became the first mass-produced mobile suit of the SRA in the After War era. In AW 0015, a large number of Crouda units existed which would be used to defeat the enemies of the SRA, among them the Satelicon. They also proved to be a powerful enemy for the new Gundam Double X, although they would later be quickly defeated after Garrod found out about their weakness. The Crouda would be used heavily in the new war between the SRA and the New United Nations Earth. In the battles of the war, the Crouda fought against its UNE counterpart, the NRX-018-2 Daughtress Neo. 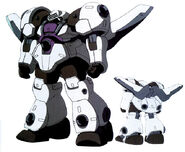 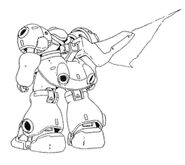 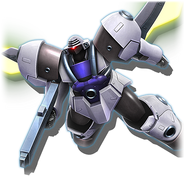 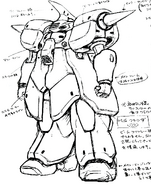 Concept of Crouda in style of Bertigo by designer Junya Ishigaki