The RGX-D3 D Gundam "Third" is the upgraded form of the MWS-19051G-2 D Gundam "Second" from Under the Gundam: Double-Fake.

The RGX-D3 D Gundam "Third" is the modified form of the MWS-19051G-2 D Gundam "Second" after it was acquired by the Earth Federation Forces from the Monotone Mouse company. It was developed by the EFF weapons design bureau at Granada and based on the combat data of the D Gundam "Second", subsequently being redesignated RGX-D3. Due to a complete overhaul, it shares less than 30 percent of its parts with the D Gundam "Second" and features additional Gundarium Alloy armor, improved generator output, and upgraded thrusters. 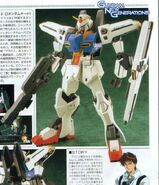 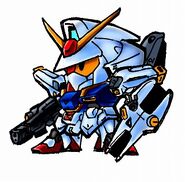 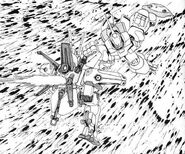 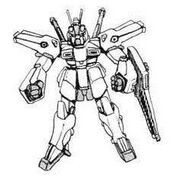