Template:Infobox/Mobile Weapon Ver.2The Jegan Blast Master (ジェガンブラストマスター, Jegan Burasuto Masutā?) is a Gunpla that appears in the Gundam Build Divers series. Based on the RGM-89 Jegan, it is built and piloted by Yukio Hidaka (aka Yukki).

The Jegan Blast Master was built by Yukio in response to his time in the Mirror Mission event, having learned that he shouldn't abandon his methods while improving himself. The suit was designed using a High Grade 1/144 RGM-89 Jegan base and two GX-9900 Gundam Xs among others [1].

In second opening
Add a photo to this gallery 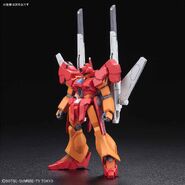 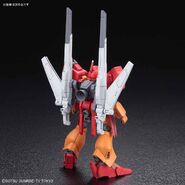 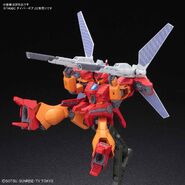 Retrieved from "https://gundam.fandom.com/wiki/RGM-89BM_Jegan_Blast_Master?oldid=402456"
Community content is available under CC-BY-SA unless otherwise noted.