The RGM-79V GM Night Seeker is a mobile suit from Mobile Suit Discovery.

The GM Night Seeker was designed for the purpose of dropping from high altitude and assaulting enemy bases. It is equipped with a total of six thrusters, two on the chest and four on the backpack, as well as internal propellant tanks, allowing it to drop from a maximum altitude of 6000 meters.

It is armed with a custom beam gun from the same series as the GM Light Armor. For operating under Minovsky particle interference, the commander unit or guidance unit is equipped with a marker pod, which sends out signals that can only be received by other units fitted with a sensor pod.

A single beam saber is stored on the backpack, behind the left shoulder.

An Energy CAP-type beam gun from the same series as the ones used by the GM Light Armor. Though it has a reduced ammo capacity, it is capable of destroying enemy units with one hit.

Equipped by commander units or guidance units, this device attaches to the left side of the GM Night Seeker's head. It is capable of sending out signals in various means that are unaffected by Minovsky particle interference, such as infrared and visible light.

A face-covering visor and a sensor pod located on the right side of the GM Night Seeker's head, these are used to receive the signals sent by the marker pod. 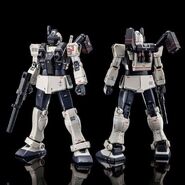 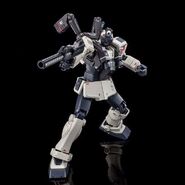 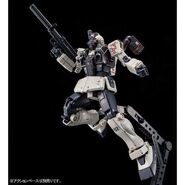 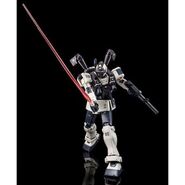 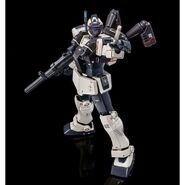 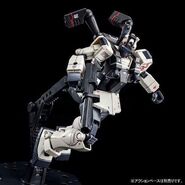 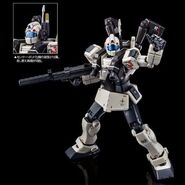