A late production model of the RB-79 Ball, the Ball Type C featured minor updates and was introduced near the end of the One Year War. Also known as "Ball Kai", it has additional sub-arms for handling larger objects, and more thrusters for attitude control. However, its basic combat capabilities are the same as the original Ball.

The RB-79C Ball Type C was first created near the end of the One Year War, and after the war, the RB-79 Balls that continued to be used by reconnaissance and air defense units were modified into this configuration. The Ball Type Cs were also sold to civilians during the post-war period. In U.C. 0083, the Ball Type Cs were utilized in the installation and security of the Solar System II, a strategic weapon that was the Earth Federation Forces' last-ditch attempt to stop the colony drop by the Delaz Fleet, a remnant group of the Principality of Zeon. 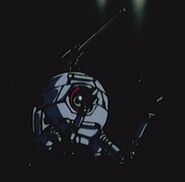 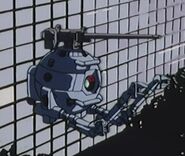 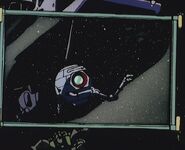