The RAX-778 G-Ray is a large mobile armor from Mobile Suit Gundam: Record of MS Wars II and Side Operation of the Zeon U.C. 0092.

The RAX-778 G-Ray is a massive experimental mobile armor developed by the Earth Federation Forces. It required a crew of three and could carry mobile suits with its MS carrier pods.

Little information exists on the G-Ray as its development was secretly carried out in Europe. It was reported to have been deployed at the Alameda base. According to Neo Zeon forces, it was encountered twice near the end of the war and destroyed in a commando operation by special forces. 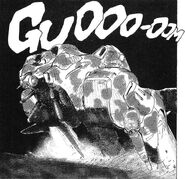 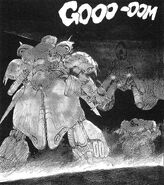