Quinze is not a primarily discussed character in the series, but his past makes him pivotal to the series' plot. Supposedly, Quinze was a follower of the late Heero Yuy, a beloved peace-minded politician of the colonies who was assassinated by OZ. The death of Heero Yuy is believed to have set Quinze on a path of revenge against the Earth as a whole.

He is the original orchestrator of Operation Meteor. The original plan of the operation was to drop several colonies onto the Earth before sending the five Gundams to seize control of the remaining Earth Sphere, but the Gundam Scientists modified the plan, sending the five Gundams to Earth to eliminate only OZ. Quinze eventually first appears in the series as the leader of the White Fang, a group of rebellious OZ soldiers and space colonials mostly descended from the Treize Faction. Once they had successfully taken control of the Romefeller Foundation's lunar base and the under-construction Libra space battle station, Quinze handed control of the White Fang over to Zechs Merquise (or Milliarado Peacecraft) while staying on as second-in-command. However, the justice-seeking Chang Wufei/Altron Gundam sought to destroy all combatants in space. Though his Gundam was seriously damaged by Libra's weapons, he survived. Meanwhile, Quinze interpreted a few Gundams being in space as puppets of OZ and the Romefeller Foundation. He declares war on Earth, even though the Foundation, under the direction and influence of Relena Peacecraft, were planning disarmament to ensure true peace.

The White Fang eventually engaged the Earth Sphere Unified Nation in battle after threatening to destroy the Earth with the newly completed Libra. Once the two forces actually began fighting, Zechs left Libra to battle the Gundams and turned control of the battle station over to Quinze. Quinze (under the will of Zechs) set Libra on a collision course with Earth to realize the original Operation Meteor. However, their plan was interrupted when the Peacemillion, an equally huge battleship on the side of the Gundams, collided with Libra. The plan was finally stopped when the 5 scientists boarded the crippled Libra and Peacemillion and engaged Peacemillion's engines by initiating a series of explosions. Quinze faced off against the scientists in an attempt to stop them from interfering with his plans yet again, berating them for changing the objective of Operation Meteor and stated that if the plan had gone through, mankind would've have come to its senses a lot sooner. Doctor J acknowledged this as probability but stated that they held high regard for mankind and Earth more than Quinze ever did. However, Quinze refused to hear anymore but was unable to stop the scientists from triggering the explosions anyway, killing themselves and Quinze in the process. 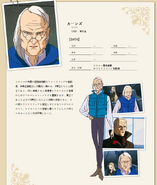 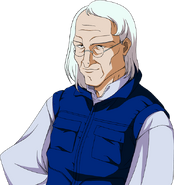