The PFF-X7II Core Gundam II (コアガンダムII, Koa Gandamu II?) is a Gunpla appearing in Gundam Build Divers Re:RISE. An upgrade of the PFF-X7 Core Gundam, it is built and piloted by Hiroto Kuga.

A new version of Hiroto's custom-built Core Gundam with improved overall performance, based on his combat experience on Eldora. As well as enhanced output and construction, it is newly equipped with transformation mechanisms that let it turn into a flight form called the Core Flyer.

The Core Sabers of the Core Gundam II have increased output compared to those of the original Core Gundam. Two of this close range weapon are stored on the back.

Mounted on the back, it is a transformation unit for the Core Gundam II which also functions as a handheld shield. Beam Vulcans are built into the unit which can be used in both MS and Core Flyer Mode.

The Core Spray Gun of the Core Gundam II is an enhanced version of the original Core Gundam's.

Like the original Core Gundam, the Core Gundam II can dock with parts carried on support mechas named after the planets of the Solar System through the PLANETS System to form various Gundams with different performance. Hiroto created this system to respond to any battlefield, environment, and circumstances. Even if the Core Gundam II is launched in one of its alternate forms, it can still summon a support mecha to switch form or for support. 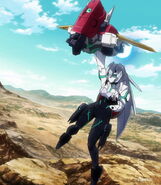 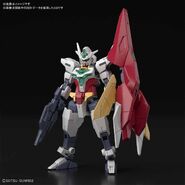 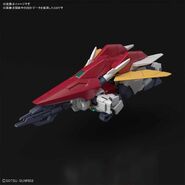 Retrieved from "https://gundam.fandom.com/wiki/PFF-X7II_Core_Gundam_II?oldid=463871"
Community content is available under CC-BY-SA unless otherwise noted.