A form of the Core Gundam II docked with the Uranus Armor, the Uraven Gundam specializes in long-range sniping and was built under the concept of enabling high-precision sniping in all situations. The Earthree Gundam was chosen as its base design due to its all-round features, and was tuned to specialize in shooting while having abilities that made it more than competent in regular combat. The Uraven Gundam can deploy Sensor Bits equipped with multi-sensors around itself, enabling it to perform ultra-high-precision sniper attacks with its Beam Shoot Rifle U7. The Uraven Gundam originally has the Core Gundam as its central unit, the current use of the more powerful Core Gundam II enhances its overall power.

Parts of the Uranus Armor can combine with the Core Gundam II's Core Spray Gun to form the Beam Shoot Rifle U7. It can switch between the normal Beam Rifle Mode and the Sniper Rifle Mode, where the barrel extends. A small shield with a built-in I-Field generator is attached to the side of the weapon to function as a defense measure during sniping.

As the output of the Core Gundam II's Core Sabers have been improved, the performance of the Uraven Gundam's Beam Sabers are enhanced as well. The pair of Beam Sabers are stored on the back when not in use.

Stored on the shoulders and back of the Uraven Gundam, the three remote-controlled multi-sensor units can be released for tasks such as range-finding, enabling ultra-high precision sniping. The bits themselves can attack enemies due to their small, built-in Beam Vulcans. They can also be connected to the sides of the Beam Shoot Rifle U7 to function as enhanced sights.

Carried over from the Core Gundam II, it is mounted on the back and can function as handheld shield. It also has built-in Beam Vulcans.

Like the original Core Gundam, the Core Gundam II can make use of the PLANETS System to dock with support mechas named after the various planets of the Solar System, changing its equipment, characteristics and performance. This change can be done even during mid-combat, with the Uraven Gundam using the Uranus Armor. The Uranus Armor has improved scouting capabilities and shooting accuracy due to its additional sensors, making it an extremely effective support unit.

The thruster armor on the outside of the legs can be separated and used as a pair of wired sensor units. 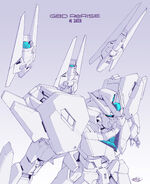 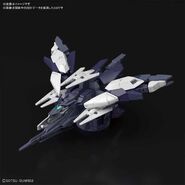 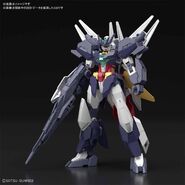 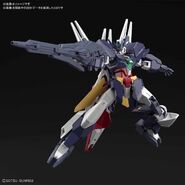