The Nepteight Gundam is the special cruising form of the Core Gundam II docked with the Neptune Armor through the PLANETS System. The special cruising units on its arms and back can be unfolded to activate Voiture Lumiere, the Stargazer Gundam's interplanetary propulsion system. The halo created by this unit leaves an everlasting trail that can be seen from all worlds.

The pair of special cruising units on the Nepteight Gundam's forearms are equipped with a Beam Gun each, allowing them to emit beams from their tips for self-defense.

A melee weapon that emits a blade-shaped beam, a pair are stored on the back when not in use.

An interplanetary propulsion system that uses powerful light pressure obtained through a special conversion of energy as its driving force. To activate the system, Nepteight Gundam has to spread its arms to the sides and the special cruising units mounted on the arms and back expand to transform into a large torus (ring-like) structure. A unique and bright ring of light is emitted as a by-product when the system is in use.

Like the original Core Gundam, the Core Gundam II can make use of the PLANETS System to dock with support mechas named after various planets of the Solar System, changing its equipment, characteristics and performance. This change can be done even during mid-combat, with the Nepteight Gundam using the Neptune Armor.

The Neptune Armor was initially conceived to fulfill Eve's wishes to go "across the solar system, and to the ends of GBN" with Hiroto's Gunpla. Following the 2nd Coalition of Volunteers Battle, it was left unfinished by Hiroto until the events on Eldora. To complete the Neptune Armor in time before the firing of the satellite cannon, Hiroto enlisted the help of the rest of the BUILD DiVERS to complete the parts.

The Nepteight Gundam was utilized to launch the BUILD DiVERS and their Gunpla into space via laser propulsion. Although the Voiture Lumiere system was not intended to be used under gravity, Hiroto felt that it was possible with the Avalanche Rex Buster acting as the laser source. However, more energy was consumed than expected, requiring the Ex Valkylander's Gundrans-Am to provide enough thrust to overcome Eldora's gravity well. After the BUILD DiVERS reached outer space, the Neptune Armor parts malfunctioned, seemingly due to the stress caused by the atmospheric exit, and were purged and left to drift in Eldora's orbit. 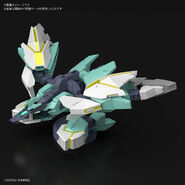 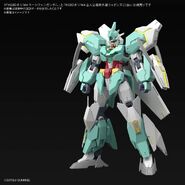 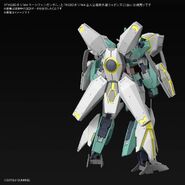 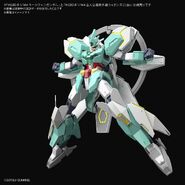